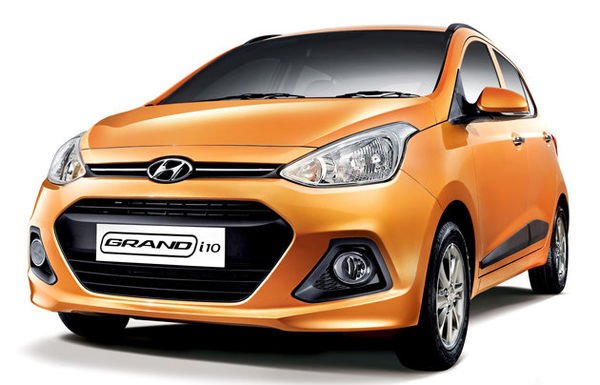 Hyundai Grand i10 touted as i10 upgrade and the latest hatch-back from Hyundai is ready to hit Indian roads on 3 September reveals an official brochure that has hit the web. The car will compete directly with Maruti’s fast selling Swift and Wagon R StingRay. Maruti Suzuki has dominated the hatchback segment space for quite sometime but its the turn of India’s second largest passenger car maker, now.

Grand i10 is seen as a car to bridge between the present i10 and i20 models. The brochure leaked suggests the car from will come in eight colour variants – Wine Red, Stardust, Golden Orange, Phantom Black, Silky Beige, Twilight Blue, Pure White and Sleek Silver.

Grand i10 can get two engine options:

Also, the car can be launched in India in 5 variants namely; 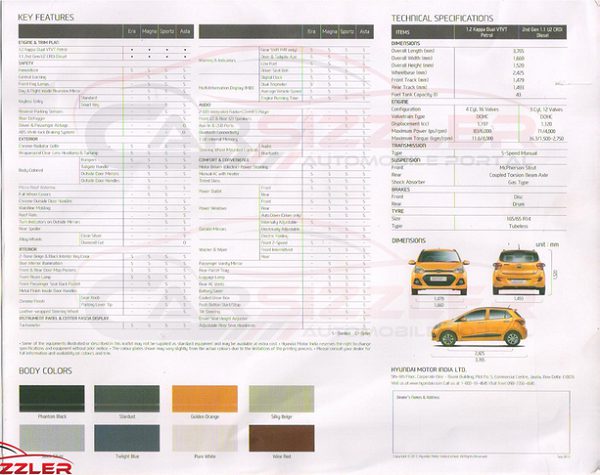 Although officials bookings are yet to begin, dealers across the country have commenced accepting bookings for Grand i10 with an advance payments pegged between ₹40,000 to ₹50,000. The car is expected to fall in the price range starting from ₹4.5 lakh.