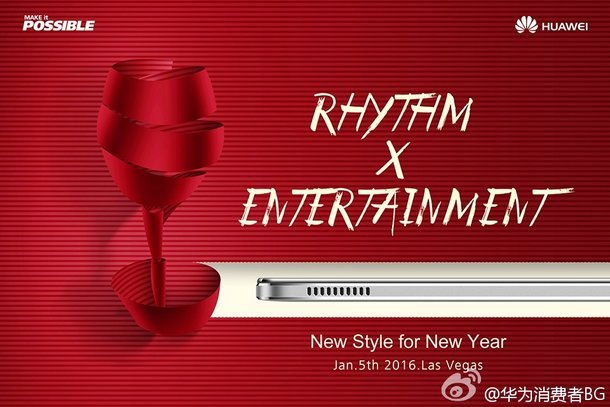 Chinese tech giant Huawei has its press conference scheduled at CES 2016 where it will unveil a brand new tablet offering in place of any “D,” “M,” or “P” series offerings.

Rumor has it this device will be called the Honor X3, and it’s meant as the successor to the MediaPad X2 from last year. What’s a bit confusing is that it’s actually a part of the Honor line, traditionally reserved for their smartphone offerings like the Honor X5 smartphone, creating some confusing naming issues.

According to leaked information, the tablet will measure 240 x 173 x 7.4 mm with a 10 inch display and rather thin feel. Leaked info also reveals four speakers, a fingerprint scanner, and physical volume control buttons.

The company’s own OEM Kirin 935 octa-core CPU is rumored to be powering the device. The specs are likely to be lower than that of models running the company’s higher-end Kirin 950 chip, creating less performance but more ability to compete in terms of price.

WhatsApp leads the way in digital accessibility in India- the only...