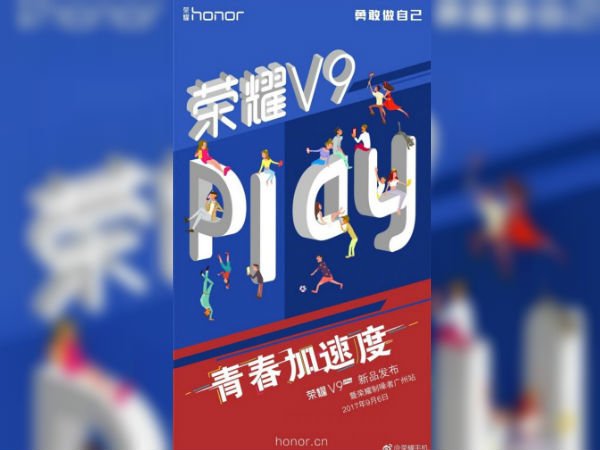 The Chinese tech giant Huawei has launched another mid range smartphone; Honor V9 Play in the Chinese market today. The smartphone offers 5.2 inches 720 HD display and is powered by the MediaTek MT6750 SoC and Android 7.0 (Nougat) OS with EMUI 5.1 on the top.

The Huawei Honor V9 Play is equipped with a unibody metal design and 5.2 inches HD display which comes with a 2.5D curved glass. The smartphone is powered by a 1.5GHz Octa-Core MediaTek chipset paired with Mali T860 GPU. The V9 Play comes in two RAM variants i:e 3GB and 4GB. It also packed with 32GB of ROM which is further expandable up to 128GB via microSD card.

This Hybrid dual SIM smartphone runs on the Android 7.0 (Nougat) operating system with EMUI 5.1 on the top. The Honor V9 Play is backed by a 3000mAh li-ion battery and features a fingerprint sensor on the back which claims to unlock the smartphone in merely 0.4 seconds. The smartphone is measured at 147.9×73.2×7.65mm and weighs around 145gram.

The Huawei V9 Play will be available in the five colors variants i:e Gold, Rose Gold, Red, Blue, and Black. The smartphone comes with a price tag of RMB 999 (Rs. 9830) and RMB 1199 (Rs. 11,790) for 3GB and 4GB variants respectively. The V9 Play is already available in China for pre-order as its sales start from September 12.