Home News Huawei P40-series Global Launch confirmed for March 26: Will be an online-only... 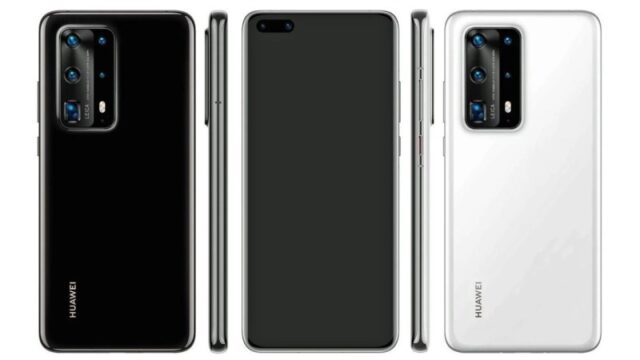 The Chinese smartphone giant Huawei has now confirmed the launch date for its flagship Huawei P40-lineup. The series comprising Huawei P40 and P40 Pro will now be unveiled globally on March 26 at an online press conference. Previously, the event was set to happen on the same day in Paris. However, concerning the spread of COVID-19 coronavirus, it seems like the company has resorted to an online-only event.

Now, Huawei is not the first one to take this step. Lately, companies like Xiaomi, Oppo and Realme too have cancelled their physical events and opted for online launches. Raising coronavirus concerns have also led to suspensions of huge events like Mobile World Congress (MWC) and Game Developers Conference (GDC). The Google I/O 2020, on the other hand, too will be held online this time.

We're excited to bring you the next chapter of #VisionaryPhotography at our upcoming online launch – stay tuned and we’ll see you on March 26th! #HUAWEIP40 pic.twitter.com/vSsR3K7mCP

For starters, the Huawei P40 series will comprise of the Huawei P40 and Huawei P40 Pro smartphones. Though, the company may also launch a Premium Edition of the phone for some markets. The device is being promoted with #VisionaryPhotography and has a significant focus on its cameras.

Talking about the same, the Huawei P40 will have a triple rear camera setup. Whereas, the Pro model is purported to feature a total of five cameras at the rear; all of which will sit on a large bump showcased in the teaser. According to the rumours, the device will flaunt a new PRISM periscope camera setup with up to 10x of optical zoom.

All the devices in P40-lineup will be powered by the latest HiSilicon Kirin 990 SoC, coupled with Mali-G76 MP16 GPU. The company is likely to unveil 5G variants for specific markets which will feature the chipset built on newer 7nm (7FF+ with EUV) process. Whereas, the 4G variants will come with Kirin chip produced in the standard 7nm process, akin to the Kirin 980.

That said, the P40 family will arrive without support for Google services, just like the Mate 30-series. This is the result of US blacklisting Huawei which happened back in May 2019. While this won’t be a problem for the Chinese market, the phone may see a significant dip in sales in other regions where people are used to Google services and apps.

As of now, we don’t have the complete concrete information about Huawei’s new flagship lineup. However, we can expect more performance, support for 5G, and highly innovative cameras with improved zooming capabilities. The phone will also feature a large battery, just like its predecessor. It’s also likely to continue with the reverse wireless charging feature. We’ll keep you updated with further updates on launch. Stay tuned.