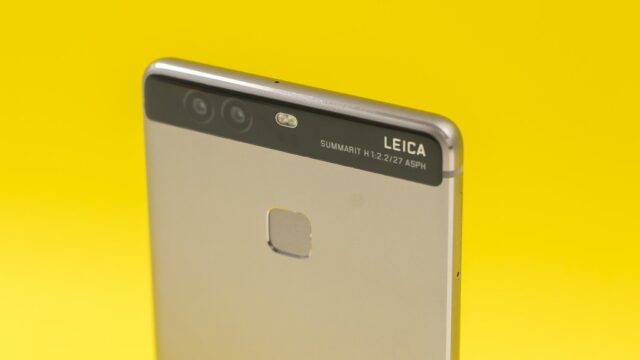 The much awaited Huawei P10 flagship is all set to go official at MWC 2017. The company has already sent media invites for a launch event scheduled for February 26.

Past reports indicate that two variants of the smartphone will be announced – the Huawei P10 and the Huawei P10 Plus. Both devices will come in different variants depending upon the RAM and storage. As the name suggests- the P10 Plus will be larger of the two and is said to come with a 5.5-inch display, while the standard model will get a 5.2-inch display.

Now the latest leak points to a document, which multiple reports suggest is a part of the presentation for the handset’s launch in China. The document confirms some of the key specs that we can expect in the upcoming Huawei flagship smartphones.

According to the latest leak, both devices will come in a standard flat display and a curved-edge display. In terms of resolution, both devices are expected to sport a Quad HD display with a resolution of (2560 x 1440 pixels).

Under the hood, both handsets will run the Kirin 965 processor. Also, both devices will come in different RAM and storage configurations. The Huawei P10 is expected to come in three versions – 4GB RAM/32GB Storage, 4GB/64GB storage and 6GB RAM/128GB storage. .

While the Huawei P10 Plus is expected to come in two versions – a 4GB/64GB storage variant and a 6GB RAM/128GB storage model.

In terms of optics, both handsets will feature a 12MP dual-lens camera setup with the Leica branding. For selfies, the both devices will pack an 8MP front-facing shooter.

Besides, Huawei’s Senior VP Richard Yu also mentioned that the upcoming Huawei P10 and P10 Plus would get support for Amazon’s integrated voice assistant Alexa along with Google Daydream VR platform.

Just last week, alleged images of the smartphones posted on Weibo suggests the top-of-the-line version of the P10 flagship will pack a dual-edge curved screen, while the other is said to feature a standard flat display.

Besides, the leaked image also suggests that the Huawei P10 Plus gets it fingerprint sensor on the back, while the standard flat screen model doesn’t. Hence, we can expect the standard variant’s Home Button to double up as fingerprint scanner.

We can expect more details to come out in the coming weeks before the official unveiling set for February 26. Till then, keep checking this space more updates.