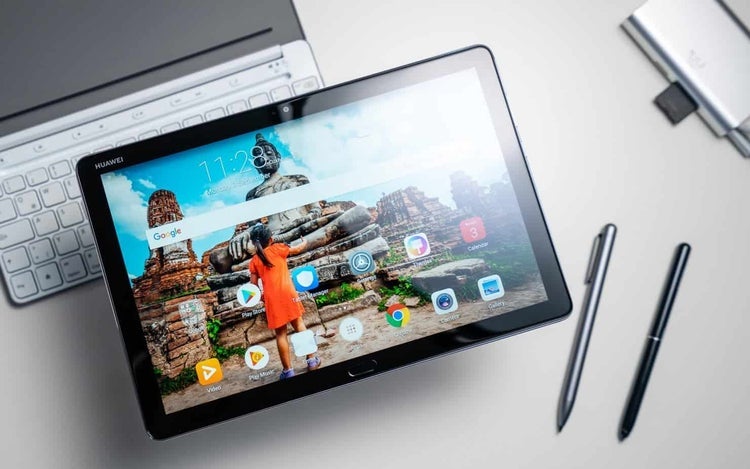 The Chinese smartphone maker Huawei has now unveiled a new tablet in India, dubbed as Huawei MediaPad M5 Lite 10. It is the revamped 4GB RAM model of the old MediaPad M5 Lite that was launched last year in the country. Let’s have a detailed look at its specifications and pricing information.

The Huawei MediaPad M5 Lite gets a metallic unibody with 2.5D curved glass edges. It comes with a 10.1-inch IPS multi-touch display with a Full-HD resolution of 1920 x 1200 pixels. The panel also features ClariVu 5.0 technology touted to improve the screen’s colour saturation and contrast.

Powering the device at its core is the dated HiSilicon Kirin 659 SoC, coupled with Mali T830 GPU. It comes with 4GB of RAM and 64GB of onboard storage which can be expanded further up to 256GB via a microSD card. Following the same, it runs Android 8.0 Oreo with EMUI 8.0 skin on top.

As for the cameras, the MediaPad M5 Lite flaunts an 8-megapixel single rear camera with autofocus, followed by an 8-megapixel selfie camera up front. The camera is certainly not the focus point of the tablet.

Amongst other features, the company has included Harman Kardon-tuned quad speakers for an immersive 3D surround sound experience. It is followed by Histen 5.0 audio enhancement technology for better noise cancellation and sound effects.

The tablet packs a massive 7,500mAh battery which is said to offer 13 hours of video playback. Huawei is also bundling an 18W Quick Charger promised to charge the device entirely under 3 hours. It also comes with an M-Pen lite stylus which supports 2,048 layers of pressure sensitivity and can be used to jot down notes or mark-up emails.

The Huawei MediaPad M5 Lite has been priced at Rs. 22,990 for the lone 4/64GB model and comes bundled with M-Pen lite stylus. It’ll go up for pre-booking on Flipkart, Chroma and other retail stores starting March 6 with exclusive offers as mentioned by the brand.