Huawei Mate 9 is expected to release by the end of November. However, even before the official announcement, renders of the upcoming Huawei Mate 9 has surfaced on the web as high-resolution images.

Upon inspection, the images watermarked with SM, clearly reveal the Leica-engineered dual-camera setup. We can spot two dual cameras placed on the top and just below it is a fingerprint sensor. The circled sensor looks smaller. The rear side also houses the LED flash coupled with laser autofocus on both sides of the rear camera.

Moreover, images of the phone in Gold variant also emerged on the web pointing out for an imminent release. 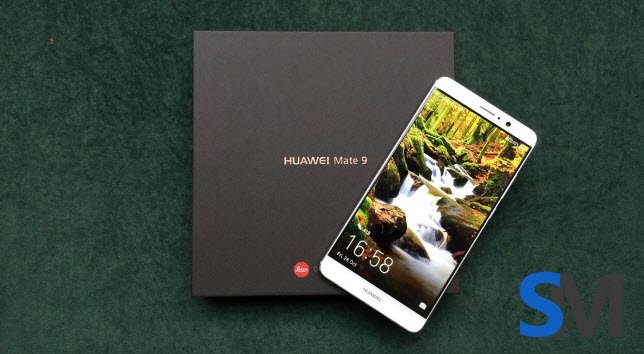 The handset looks thinner when compared with the previous counterparts with power and volume control buttons visible.

The leaked render includes an image of the product package with a large display on the backdrop of a waterfall. Even though Huawei Mate 9 will release on November, it will take few more months for it to reach the Indian shores. We expect the launch of Mate 9 in India by the end of March 2017.