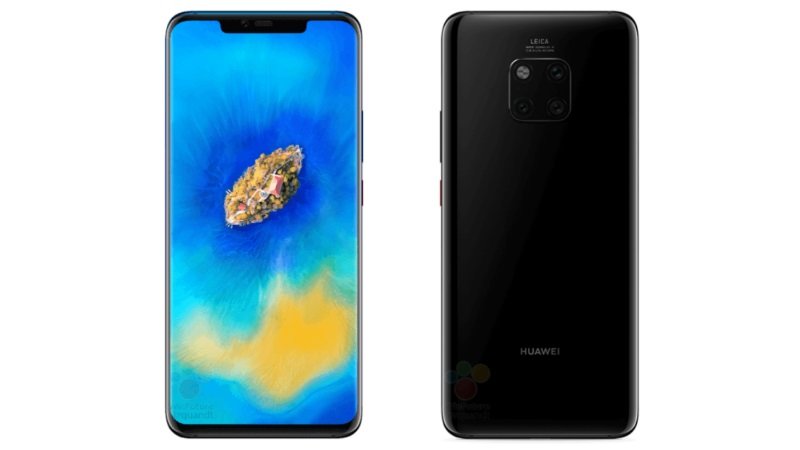 Key specifications of the handset will include a 6.39-inch QHD+ (1440X3120 pixels) OLED display. Under the hood, the handset is expected to get powered by the new HiSilicon Kirin 980 processor paired with Mali-G72 GPU and either 6GB or 8GB of RAM.

The triple camera setup on the back is also rumoured to support 5x optical zoom along with ability to capture ultra-macro shots. Also, the handset is said to come with two NPUs to deliver enhanced photographs.

Interestingly, the report also claims that the Huawei Mate 20 Pro will have a Nano Memory card format, which is said to be the size of a Nano-SIM.

Elsewhere, the device is said to pack a 4,200mAh battery with support for SuperCharge technology and wireless charging technology.

Connectivity options on the handset will include high-speed LTE access, NFC, Bluetooth 5.0, and Gigabit WLAN with dual band support. As far as OS goes, the Huawei Mate 20 Pro is expected to run Android 9.0 Pie right out of the gates with the company’s proprietary EMUI 9 on top. The handset is expected to come in Blue, Black, Green, and Twilight colour variants.

The report, however, does not mention anything about the price of the handset. That said, other key sources suggest that the 6GB RAM/128GB storage variant of the handset is expected to carry a price tag of GBP 899 ( INR 88,000 approx.) More details about the Huawei Mate 20 Pro are likely to surface as we near its official launch. We’ll update you as soon as we hear anything new. Until then, keep checking back for more.