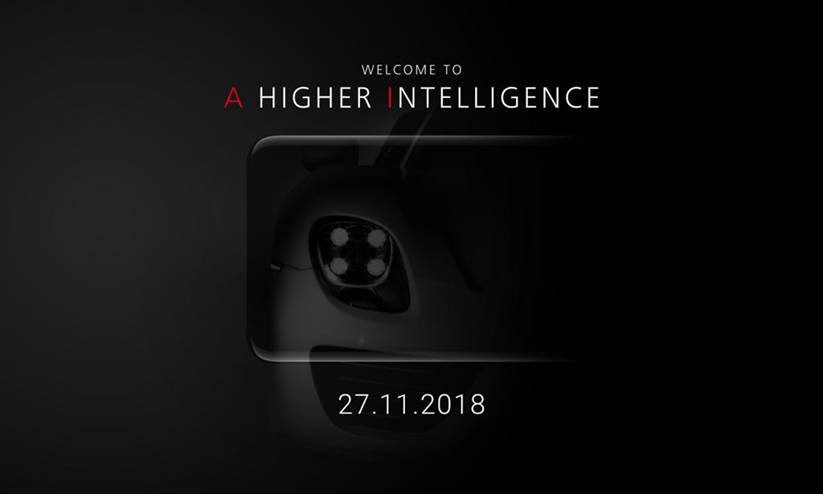 After being teased heavily on Amazon, Huawei’s latest flagship, i.e., the Huawei Mate 20 Pro has finally received the launch date of Nov 27 in India.

The device was unveiled globally alongside Mate 20 and 20X, last month at an event in London. Now, the brand has sent out press invites for the Indian launch.

While the invite doesn’t mention the exact name of the device, one can figure out that it’s the Mate 20 Pro itself, due to the partial design outline of it being showcased in the image. As a matter of fact, it’ll be the first Mate-series phone to land in the country.

Talking of the specs, the Mate 20 Pro comes with a 6.39-inch OLED display having a Quad HD+ resolution of 3,120 x 1,440 pixels, 19.5:9 aspect ratio and an 86.9 percent screen-to-body ratio. Moving on, the Notch on top houses a 3D depth sensing facial unlock system, aided by an IR sensor, just like the latest iPhones.

Powering the phone is the latest HiSilicon Kirin 980 SoC, based on 7nm process, paired with 6GB/ 8GB of RAM and 128/ 256GB of inbuilt storage. The storage can be further expanded up to 256GB via a Nano SDcard.

In the optics department, the phone gets a triple camera setup at the rear, which consists of a 40-megapixel primary sensor with f/1.8 aperture, a 20-megapixel ultra-wide lens with f/2.2 aperture and an 8-megapixel telephoto sensor that offers 3X optical zoom and up to 5X hybrid zoom. Whereas, on the front, we have a 24-megapixel 3D depth-sensing camera.

On the software front, it runs Android 9 Pie based on latest EMUI 9. Interestingly, it is one of the few flagships to bear a massive 4000mAh battery which makes it a beast when bundled with the 40W fast charging, bringing it close to the OPPO Find X Lamborghini Edition regarding charging speeds. Worth mentioning, the handset also incorporates Reverse wireless charging in addition to the normal one, allowing you to charge supported devices wirelessly. Huawei will be bringing its wireless charger to India as well.

The company has also given an In-display fingerprint scanner for unlocking the device. Connectivity options onboard include 4G LTE, Wi-Fi 802.11ac, Bluetooth 5.0, GPS, GLONASS, and USB Type-C support.

The device retails for €1049 in Europe, which roughly translates Rs.89,000. Although we don’t have any clue regarding the Indian price, it’s safe to assume that it’ll be relatively lower than the global one.