Huawei Mate 20 Lite leaked in all its glory, launch expected around Oct-Nov 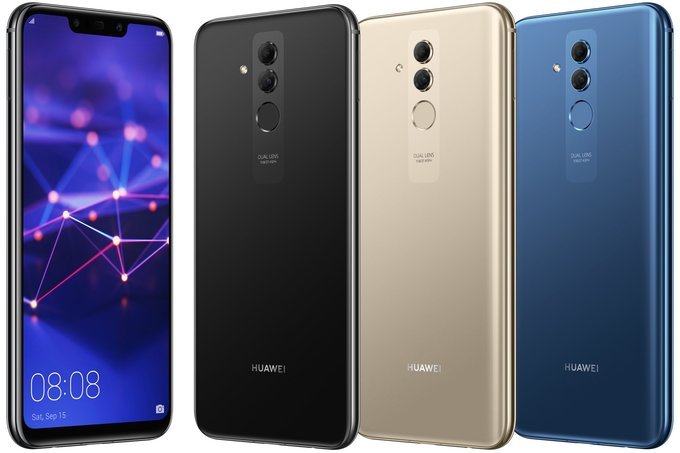 The Huawei Mate 20 Lite has already been hitting tech headlines for some time and now we have a clearer insight into the device courtesy of WinFuture.de and leaker Roland Quandt. And from what seems evident, buyers will now have a stylish phone to opt for in the upper mid-range segment.

The looks again are fast becoming common what with the familiar notch seen at the top along with reduced bezel along the bottom. Similarly, bezels along the sides have been rendered almost non-existent. In between lies a 6.3-inch 1080 x 2340 pixel Full HD+ display that had been revealed in previous leaks.

The notch again looks quite expansive and that is understandable considering that there are two front facing cameras within it. The rear too boasts of a dual lens camera setup arranged in a vertical stack along the middle. Sitting right below the twin lens camera is the fingerprint sensor. Also, as is evident from the leaked renders, the rear camera cluster along with the biometric scanner have been accommodated within a region that has a slightly different colour coding to make the area slightly different from the rest.

A 3.5 mm headphone jack too can be seen from the renders that are done up in a shade of gold and black. On the whole, the phone looks sleek and svelte and seems to have a glass front and rear that are held together with metallic construction for the sides. A glass rear is also indicative of wireless charging capability.

As for its specs, we have an inkling of that too thanks to a previous leak. That includes a Kirin 710 chipset at the core having a clock speed of 2.2Ghz. Further, there is going to be a 6 GB RAM along with 64 GB of native storage. The rear camera setup will comprise of a 20 mp and 2 mp lens combo while the front will have 24 mp and 2 mp dual lens camera. Further, it’s a 3659mAh battery that would be keeping the lights on.

Expect the Huawei Mate 20 Lite to launch around the Oct-Nov window and should be priced around the $400 price range.