HTC had announced a price cut of Rs.16,000 on the best VR kit, the HTC Vive in India. The HTC Vive is now available at a new fare of Rs. 76,990 from today and all purchases will come with a free trial to the Viveport Subscription. The whole VR kit will also include the best VR content including Google’s Tilt Brush, Everest VR, and Richie’s Plank experience.

HTC has launched the Vive VR in India back in April and this is the first price since then. Cher Wang, Chairwoman of HTC, said: “Our goal at Vive has always been to offer the best and most advanced VR system and drive mass market adoption for VR across the globe.” She also added that by reducing the price of the HTC Vive, HTC is making the VR technology accessible to a broader audience. 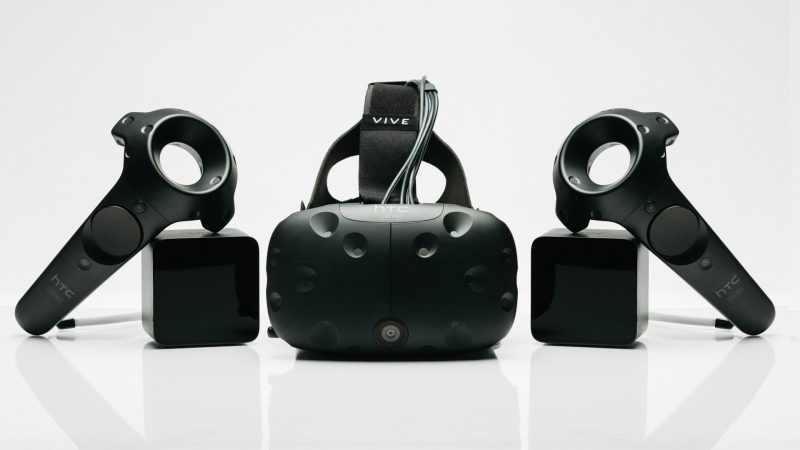 Vive is the only VR kit which provides room-scale VR out of the box. The whole package includes the VR headset, two base stations for headset tracking and two motion controllers for interacting inside the games and remove the need for a traditional gaming controller. It requires a powerful PC to run VR games, and the base stations need to be placed at a particular location so it can track the headset properly.

The minimum requirements for running HTC Vive games on PC; Intel Core i5/AMD FX 8350, NVIDIA GTX 970/AMD Radeon R9 290, 4GB or more RAM, HDMI 1.4/DisplayPort 1.2, USB 2.0 port and WIndows 7 or newer. All the recommended requirements for running HTC Vive is same as minimum except the GPU; it needs NVIDIA GTX 1060 or better. The VR experience from HTC Vive is different from any other VR kit available right now because of its motion controllers. It makes the games more immersive, and you can interact with the games more quickly. If you are eying this VR kit from long then now is your chance to get it for Rs. 16,000 less.

The HTC Vive is exclusively available on Amazon.in, So, if you are eying this VR kit from long then now is your chance to get it for Rs. 16,000 less.