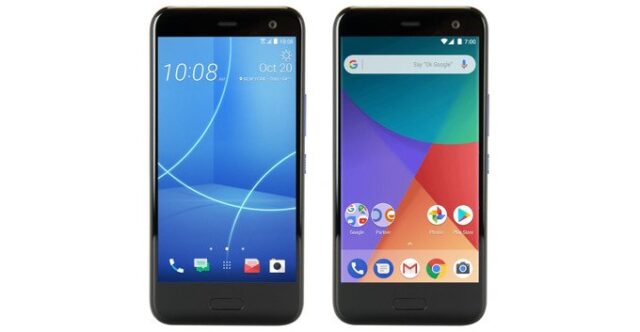 HTC is on the verge of launching a mid-range smartphone; the HTC Ocean Life in the coming days, and even before the launch, the specifications of it have leaked online. Popular tipster LlabTooFeR who earlier said that the same device would be launched as Android One has now leaked the complete specifications of the device leaving no stone unturned. The company will launch both the standard version and the Android One model very soon.

HTC U11 Life Android One Specifications:

The HTC U11 Life Android One smartphone sports a 5.2-inches Full HD (1080 x 1920 pixels) display and is powered by the Qualcomm Snapdragon 630 SoC clocked at 2.2 GHz Octa-Core 14nm Mobile Platform with Adreno 508 GPU. There is 3GB RAM with 32GB storage for the base model, while the high-end variant packs 4GB RAM with 64GB storage. Both these models will have the microSD card slot for memory expansion. The HTC U11 Life runs on Android 8.0 Oreo right out of the box.

In the camera department, there is a 16-megapixel rear camera with LED Flash and a 16-megapixel front camera for selfies and video calls. There is a Fingerprint sensor and Water resistant (IP67) rating. Connectivity features include 4G VoLTE, WiFi 802.11 ac (2.4GHz + 5GHz), Bluetooth 5, GPS + GLONASS. A 2600mAh battery is on board for all the battery needs.