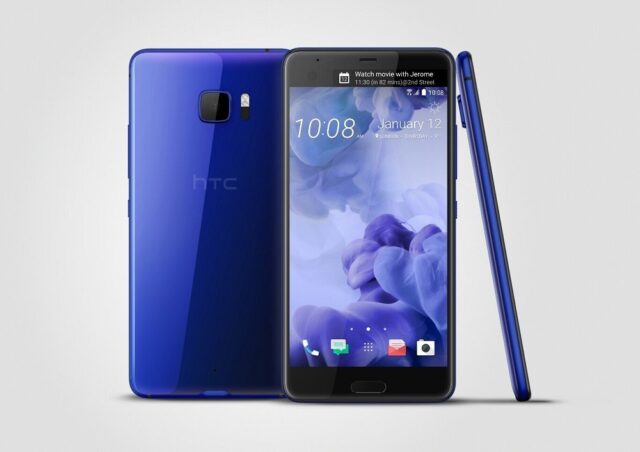 HTC just announced its latest flagship dubbed as the HTC U Ultra. The smartphone is now open for pre-orders in the US and is expected to start shipping in mid-March. In this article, we try to find out if HTC’s newest flagship is a noteworthy upgrade over last year’s HTC 10 on the basis specifications, features and price.

The new HTC U Ultra is a sea change compared to its predecessor when it comes to design. The latest HTC flagship is based on the company’s Liquid Surface design philosophy, featuring an-glass body on the outside.

HTC U Ultra vs HTC 10: Display

Hence, the main difference here is that the HTC U Ultra packs a larger display as well as secondary display.

HTC U Ultra vs HTC 10: Hardware and Features

In terms of specs, the new HTC U Ultra is powered by the Snapdragon 821 processor bundled with Adreno 530 GPU, which is quite a let down as we were hoping to see the latest Snapdragon 835 processor. Moving on, the HTC U Ultra comes with 4GB of RAM and 64/128GB storage options with microSD expandability.

From what we can gather so far, the primary camera unit on the new HTC U Ultra isn’t much of an upgrade. Just the like HTC 10, the HTC U Ultra also comes with a 12MP Ultrapixel primary camera with Optical Image Stabilization, PDAF, and f/1.8 aperture.

That said, the new U Ultra comes with a 16MP front-facing shooter unlike the HTC 10 which features a 5MP selfie cam.

HTC U Ultra vs HTC 10: Battery

On the battery front, both phones come equipped with the same 3000mAh battery. But given the fact that the U Ultra packs a larger 5.7-inch display, the HTC 10 has a slight leverage here as it gets a smaller 5.2-inch screen.

HTC U Ultra is now open for pre-order in the US for the price $749 on HTC’s website. Shipments will begin in mid-March 2017. In comparison, the HTC 10 was launched at a retail price of $699.