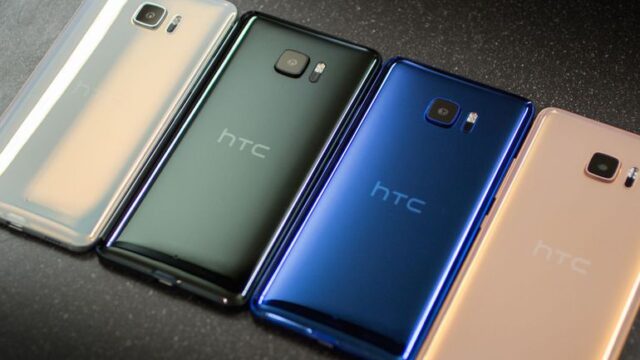 New Delhi, India – HTC announced that it will be holding a launch event today for the much-anticipated U Ultra release in the country. The device packs a slew of fancy features and a highly-competitive spec sheet, alongside brilliant design aesthetics.

According to the company’s press release, the event starts at 3:30pm IST and will also be live-streamed on Facebook, via HTC’s official page.

The HTC U Ultra was first presented to the world last month, accompanied by its smaller sibling, the U Play, which is expected to hit the market shelves soon. More specifically, the phone is said to be released on March 31st.

HTC U Ultra Specs and Features: Why you should be excited

As aforementioned, HTC is betting big with the particular handset.

The marquee feature to look for is Sense Companion, an AI-based system that learns the user’s daily patterns in order to provide usage recommendations, aiming to save battery and enhance the overall user experience.

In addition to the above, the box also includes a pair of HTC USonic earphones, which analyse the shape of the user’s inner ears with a “sonar-like pulse” to adapt specifically to the user’s ears.

The 64GB variant is covered with Corning Gorilla Glass 5 while the 128GB one with the more premium Sapphire crystal glass. The AI system operates through a 2.05-inch secondary display.

Moreover, the device is powered by Qualcomm’s quad-core Snapdragon 821 CPU, which houses two 2.15 GHz Kryo and 2 1.6 GHz Kryo cores, coupled with Adreno 530 GPU and 4GB of RAM. Internal storage is upgradeable up to 256GB via microSD card.

In terms of connectivity, besides WiFi 802.11 and Bluetooth v4.2, the device comes with NFC and USB 3.1 Type-C reversible import for fast charging. The battery is a Non-removable Li-Ion 3,000mAh, that should be adequate enough to get the user through the day with moderate usage.

The device will be coming with Android 7.0 Nougat straight out of the box, skinned under HTC’s Sense UI.

HTC U Ultra Price and Availability in India

While HTC has not disclosed any local pricing information yet, based on the device’s UK release, we expect it to carry a Rs. 54,000 price tag.

Furthermore, the U Ultra will be available for purchase via all prominent online channels, including Amazon India, Snapdeal and Flipkart.