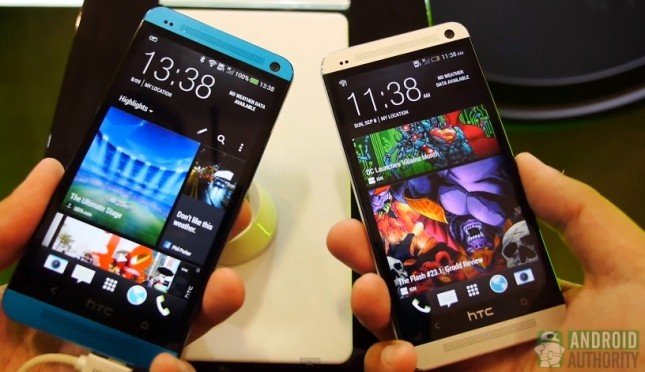 For all the HTC One fans it’s good news as Blue HTC One is available to customers on upgraded contract. This will make the phone cheaper than before. HTC One with its blue and silver hues have been a favorite among customers this year. It comes with great features offered by Sense. The wide angle front facing camera is equally brilliant though we would like to see it capture details little better after zooming. It has a fantastic design and is handier than other enormous smartphones in the market. It offers customers the best wireless technology available presently.

Also, the HTC One fans have been fortunate enough as the company has managed to keep the hype regarding the HTC One phone alive through photo leaks and rumors regarding new hues of the phone which may soon be seen in the market. A recent photo leak of HTC One which came out in a Chinese web forum showed the images of the golden version of HTC One.

HTC was able to make it’s recently released blue version of HTC One the best buy in US. As such introducing a new color would definitely attract few more buyers towards the phone. As far as specifications are concerned there are no reasons to assume that this new version of HTC One will carry any different specification than what we get with HTC One Blue and Silver.

HTC One Blue features a 4.7 inch screen with full HD resolution. The phone is powered by a 1.7 GHz quad-core QUALCOMM Dragon 600 processor. It offers 2GB of RAM with android 4.1 Jelly Bean as its operating system though there are rumors that in coming month HTC One may upgrade its OS to Android 4.3.