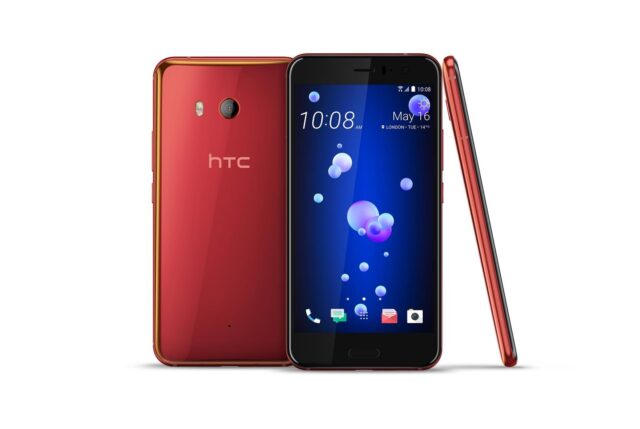 Taiwanese giant HTC has launched the Solar Red color variant of its Flagship smartphone HTC U11 in India today. The smartphone is available for Pre order from the company’s online store with shipping starting from August 26. The company is also offering a free car charger of 20W capacity with the pre-orders for a limited period.

To recall, HTC was launched the U11 in India back in June with a hefty price tag of INR 51,990. The handset was initially available in two color variants Brilliant Black and Amazing Silver, and later the company has introduced the Sapphire Blue option. The phone is packed with a 5.5 inches Quad HD Super LCD 5 display with Corning Gorilla Glass 5 protection, Qualcomm Snapdragon 835 chipset coupled with Adreno 540 GPU and 6GB RAM. The phone also has 128GB UFS 2.0 ROM which is further expandable up to 2TB via microSD card.

Moreover, This Hybrid Dual SIM smartphone runs on Android 7.1.1 (Nougat) with HTC Sense UI on the top and HTC Edge Sense technology. In the camera department, the device comes with 12MP rear shooter which comes with F/1.7 aperture, OIS, dual LED flash, and 4K video recording with 3D Audio. The phone has a 16MP front facing camera with F/2.0 aperture and 1080p video recording. The HTC U11 adheres IP67 certification and a Fingerprint sensor on the front. The phone is fuelled by 3000mAh of Li-ion battery with Quick Charge 3.0.

The HTC U11 is a fantastic device which comes with a range of useful features. The phone was praised by many tech enthusiasts and it camera scored 90 on DXO mark site. But still, the pricing of the phone seems to be pity stiff here as considering the price sensitive Indian smartphone market.