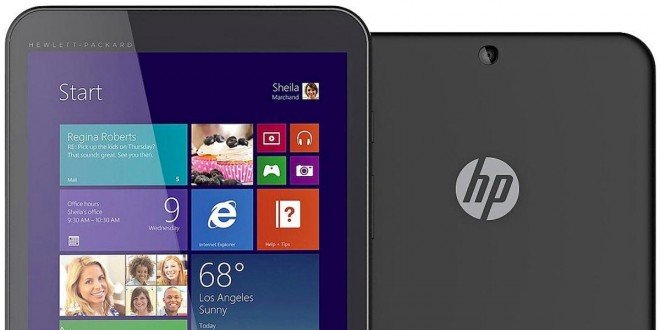 HP has launched its latest tablet, the Stream 8 in India at a price of Rs. 16,990. The device was initially launched in September 2014. HP’s Stream 8 runs Windows 8.1 and has a 1.8GHz quad-core Intel Atom Z3735G processor. It features a 1GB storage of the type DDR3 RAM, with an internal storage of 32Gb.

The internal memory is expandable up to 32GB through microSD. The 8-inch high-definition display screen comes with a resolution of 1280X800 pixels. The screen is a WVA IPS anti-glare display which is enabled with multi-touch LED-backlit IPS.

Other features of the device include a 2MB front camera in addition to a 5MB rear camera. Its dimension is 209X124X8.9mm, and the device has a total weight of 388 grams. It also includes connectivity options such as 3G, Wi-Fi, Bluetooth, A-GPS, GPS, microUSB and GLONASS.

Apart from these specifications, other highlights include support for sensors including accelerometer, GPS, G-sensor, SAR. The tablet has a 4000 mAh battery included in the package. The company claims that a single charge on the battery would last enough to provide 8.2 hours of video playback, 8.30 hours of web surfing and 8.55 hours of music.

The time specifications are considering that the device is using a Wi-Fi connection. HP had launched it smartwatch last year collaboratively with designer Michael Bastian. The product was distributed exclusively on Gilt at a retail price of $349 for the silver model, which roughly approximates to 21,400 of the Indian currency.

There was also a limited edition model of the watch that was sold at a retail price of $649 or Rs. 39,900. HP had launched only 300 units of the limited version of its smartwatch. The latest device has been launched in the Indian market almost three months of its initial launch in the U.S.