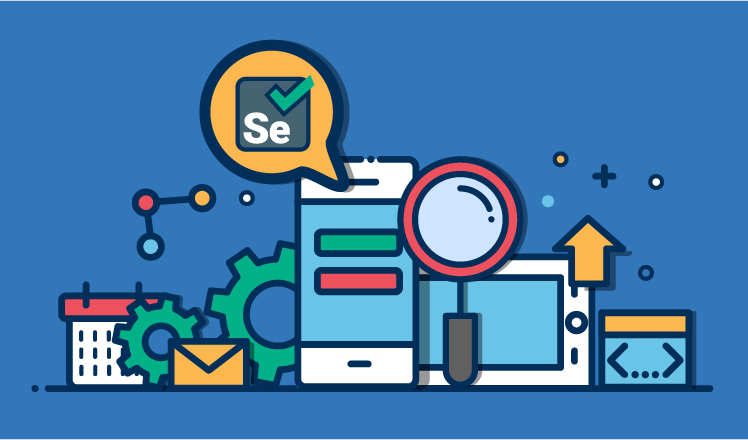 In the modern era, mobile browser usage is growing rapidly. The mobile and tablet landscape is extremely fragmented, spanning a plethora of devices across models and manufacturers. Around 60% of all internet access is made through the Mobile device. Mobility is the new model and benchmark when it comes to communicating with the globe. According to StatCounter, the usage of phone and tablet accounts for around 50% of web traffic. This means that customer expectations for mobile sites are higher than ever.

The higher usage and rapid growth of mobile applications is a clear indicator of the requirement to test them comprehensively and thoroughly before introducing them to the market. Supporting and testing on the bulk number of mobile devices is critical, but it can be a huge investment of effort, money, and time. Even with robust techniques such as mobile- responsive design, web testing on mobile devices prior to delivery is critical because of the multiplicity of mobile devices that are accessible to consumers. Therefore, it is significant to prefer the ideal list of gadgets for testing your mobile websites. 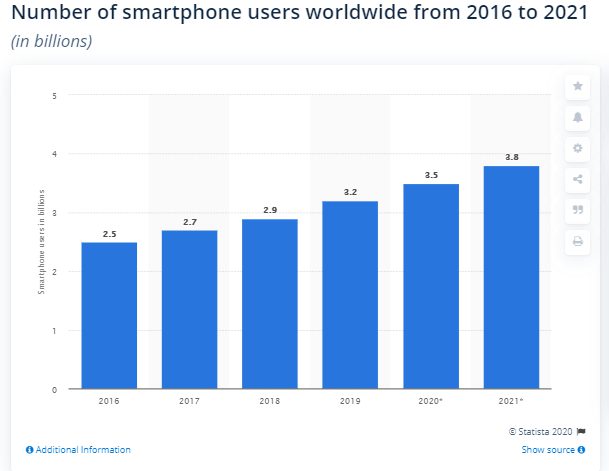 Due to more people purchasing smartphones, that number will only grow, in fact, approx. 82% of folks are likely to use their mobile devices for business activities.  The first impression matters most and that belief is significant. Website designers and developers often don’t realize to invest enough amounts of resources to test the compatibility of their websites on diverse mobile devices. Testing for mobile devices and usage is still at an emerging stage but with proper test workflow, testing techniques, and right platforms like LT Browser, testing your website for responsiveness can become easy.

Below are some traits that will help you to realize the significance of mobile website testing:

How to Get Started with Website Testing on Mobile Devices?

As there are a variety of devices to check a website and there is a lot to take into consideration. They come with varied resolutions and screen sizes, operate on diverse network speeds and have varied hardware capacities. All these dissimilarities make it significant that a site is tested fully and comprehensively before it is made accessible on varied platforms. “According to reliable statistics obtained by Guy Podjarny’s research, irrespective of the screen size, 72 percent of responsive sites necessitate similar resources, yet on slow mobile network connections despite what requires to be displayed.”

How significant is the website speed? What sorts of margins do we have concerning users being forgiving of even an extended loading time? As per Google research, “mobile users expect their experience in a mobile device to be as good as their desktop experience.” Even the Google team (mainly the webmaster group) questioned respondents to tell them which mobile configuration strategy they mainly use and 82% of the higher votes responded with responsive web designing.

While testing websites for mobile phones, there are some key things to look out to, like:

The main objective of mobile website testing is to bring stable but relevant users experience across all those varied gadgets and that can be often hard to manage.

There is huge a number of mobile devices available at present ranging from handsets to smartphones, to pads, to tablets, and wearable tech offering a variety of settings, shapes, and hardware, and software which is an entirely new set of challenges. Moreover, the QA team cannot guarantee that if a tested app works fine on a specified device, it will work 100% on another device because the Memory, OS optimization, CPU, hardware, and screen resolution, could be different.

The most critical aspect of the mobile website testing matrix is device and OS fragmentation. There are myriad devices with different screen sizes, ranging from 3,5” screen size of the iPhone 4 to the 12” of the iPad Pro. So it’s not just the manufacturer name that is fragmented. iOS device matrix is emerging more than ever, screen size and OS fragmentation is more than ever an issue for the Android OS. As Android has still 11 diverse OS versions circulated the devices. Modifications to the operating system made by the maker’s craft everything more complicated. Apple has fewer barriers in this department, yet testers and developers have still to face devices with iOS 6.0.1, which doesn’t get updates.

This is one of the major obstacles faces by the majority of testers and developers. In the past year 2012 there were “simply” about 500 mobile device makers, but in 2015 that no. increases and gets doubled, hit around 1200 distinct manufacturers and the figure is increasing to date. Such variation in manufacturers can be noticed in the device fragmentation as well, which is not merely about the mobile appearance, but also in the software and hardware variation. These changes in software and hardware of the devices making testing even more complicated.

It is also covered as one of the major mobile device testing challenges. Localization is not merely about the language that can be altered, yet how it communicates with the rest of the mobile device. It is also about how consumers feel about being able to modify the mobile app language. Every language added to the mobile apps, must be observed as a new prospect to penetrate a new market but it still remains a roadblock to rise above.

Different operating systems of mobile like iOs, Android, Windows, etc. have variant user interfaces, consecutively guided by definite guidelines and rules. The layout and usage of components are checked in the verification process when publishing the apps in the markets. Non-compliance with guiding principles and policies can delay the mobile application publishing process; thus impacting hike in the rate of development and testing.

Apart from the critical mobile testing roadblocks that have already mentioned above, there is one more. Applications need to be tested, due to the fact that mobile apps can be built differently: they can be hybrid, native, or web app. These critical things play a vital function in how the app would be tested.

Another major roadblock for both testers and developers is the selection of the correct tools for mobile device testing. Testers could easily find a plethora of mobile testing tools out there that it is impossible to decide from, excepting the fact that they already have a robust mobile testing strategy and they know exactly how to execute a smart testing plan.

Web testing on mobile devices can be a difficult and challenging task because of a variety of mobile devices, screen sizes, and platforms. LT Browser addresses this challenge by allowing developers and testers to interact with the mobile view of their websites using an emulator with preconfigured tablet and mobile phone browser profiles.

In order to use LT Browser, you can easily download the executable file online:

After downloading the LT Browser tool, users can start it by filling in the account details of LambdaTest if you have an account.

You don’t need real devices for web testing on mobile devices, which shortens and simplifies your tests setup and maintenance. You can effortlessly carry out live-interactive tests to verify the responsive design of your web-apps in a side-by-side view. You could take screenshots, debug responsive bugs, record videos, with tools, and do many things. 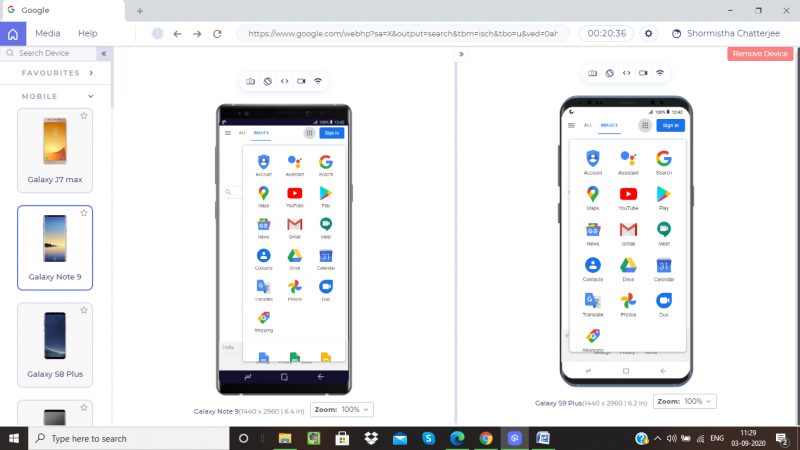 LT Browser has above 25 virtual devices built-in in it that makes mobile website testing better than other processes. Using this amazing tool, you can also record tests on mobile devices and play them back for regression testing. Through this manner, you can –

The LT Browser also covers built-in developer tools to help you rapidly debug and get to the primary reasons for responsive glitches. You can effortlessly examine elements and operate with DOM (Document Object Model) if you like. There are several reasons for this LT Browser tool attaining this much success in the market, some of the important are highlighted here:

LT Browser is very easy to install and smoother than any of its competitors to carry out synchronized responsive tests of devices.

LT Browser is an emerging platform and a game-changer for your development and test cycles. The ultimate purpose of LT Browser and its testing feature is to perform faster web testing on mobile devices and help you deliver responsive web-apps to your customers. It has been widely admired in the responsive testing market.