Home News How to Design an App: Simple Guide to Get You Started 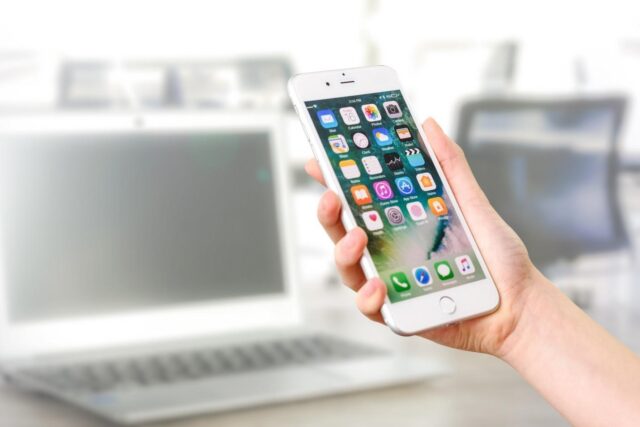 In this day and age, millions of people are constantly on their mobile devices. Smartphones make 70% of those devices and on them, most time is spent on apps – around 90%.

The world seems to be chock-full of apps, and it makes you feel like there’s no room for more,  but that’s not quite true. Competition is indeed harsh, but if you manage to make a great app people will flock to it.

So what makes an app a great one? What should you pay attention to, and what should you avoid doing? We’ll answer all these questions here to help you build something that’s both distinctive and useful from a user perspective.

You probably have some idea of the app you’d like to turn into reality, or a specific problem you want to be solved by the app. But not all ideas are going to be successful, so how will you know if the idea is worth making into an app?

This is where you try to clear out what the idea is. Ask yourself what problem this idea solves, who would be interested in it and who are your target consumers. Find out if something similar already exists, and what would make your app stand out among the sea of other apps.

In this phase, you go a bit further into specifics. It’s time you make a rough sketch of your app and figure out how it would look, what its functions would be. You also need to decide if you want to run it on iOS or Android, or both as well as figure out if you plan on getting money from it (in-app purchases, ads, freemium, etc.) or not.

It’s time for thorough research to get a clearer picture of how to proceed. Research the specific niche of your app. Check out the competition, especially customer reviews – that’s where you’ll find out the good things the people like, and (with negative reviews) what mistakes your competitors made, so you can avoid them. There lies the gold mine of information. And as the last step of this phase, you need to adjust your idea a bit according to your findings from the research.

This is what’ll separate your app from the rest, so pay attention to details and be thorough.

Wireframe(ing) is the first thing you should do now. It’s like taking that rough sketch you thought of and making it into a blueprint for your app, keeping the user experience (UX) in mind. Think of it as a two-dimensional illustration of a screen to give a more precise visual concept to the app. So it will give you a general idea of how your app will look after designing and developing it (looks and functionality).

Now comes designing the app. The right structure frame and right tools are no small matter when it comes to app design, so inform yourself before choosing what’s best for your app. How should you do this? You could do it yourself (if you’re a designer – yes, but if not, better leave it to the professionals), or use an app builder. Perhaps it’s best to hire a professional that knows these things but stay involved throughout the entire process, it is your app, after all.

UI and UX phase comes next. Things like elements, colors, fonts – the UI part of the story, are very important, considering how much effect they have on users, so please choose carefully. This can be a make-or-break factor in your app success.

Make sure the structure is not overcomplicated and functions are user-friendly. The UX part of the designing should have you considering how to simplify things, so users can have a great experience “gliding” through your app.

Let’s take, for example, part of an app where you need to stuff a lot of information, like with online payment forms. They are often long, sometimes complicated, and require a lot of typing. Many people dislike them, and if you need one for your app, you should simplify it, divide it into chunks of information, and make it easier to follow and fill in. That will help the user to easily navigate and enjoy the app, and not give up in frustration and abandon payment or uninstall it after the first hurdle.

The last phase in the design process is getting mockup feedback. To make sure you’re on the right tracks, and before you pour money and time into developing your design you should get some opinions from family, friends, your clients (if you have them), anyone and every one, on your mockups. Listen carefully to what they say and if necessary, change things.

It’s the coding time! There will probably be some smaller changes made in this phase when your designer (and you) would have to see what issues the developer(s) ran into, or what improvement can be made to make the app run more efficiently. But, unless you’re a developer, this part of the process is pretty much out of your hands. Just kick back and enjoy, you did a great job so far!

You can ask the same people for feedback (ask some more if you can) to try your app out, and see what they think. Find out if it has any bugs, so you can fix it with your design/developer team.

This phase comes in two parts:

Beta version is like a soft (test) launch in the real world, where you let this “experimental” version of your app be tried out by your target users (the people you’ve intended this app for). They are the ones who will probably be your first adopters, and through their response, you might see whether your app might succeed or not.

After all this, it’s finally time for launch. The big one! Now it’s out there for everyone to use. But if you want to attract people to your app you need to market it and keep improving UX.

Competition in the app world is truly fierce, but don’t get discouraged because there will always be a place for great ones. So squeeze that brain of yours for a brilliant idea and follow these steps so you can make a superb app that will bring you stellar success!