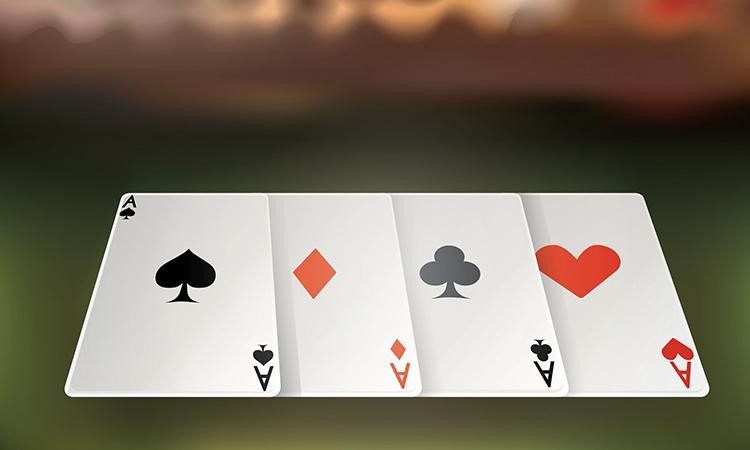 Rummy is not just a game but a tradition that has continued to be followed for ages. From being a source of entertainment to becoming the most exciting part of festivals like Diwali, the significance of this game is prominent in every sphere of life you come across. Though traditional rummy has always appeared to be a fresh retreat for people, its online version is in no way less influencing.

The number of gamers for online rummy is increasing rapidly these days given the opportunity that they get to tickle the brain a little and come up with the smartest ways of winning the game. In fact, the popularity of this game of rummy has led gamers to explore the historical background of it so that they understand where did this game originate from and how did it evolve over time. This urge to explore more about this game made The Bridge cover the whole story on the origin and history of rummy.

When you know the story of the evolution of a game, it somehow helps you to understand the nature of it. As a result, your basics get improved and you start performing better. These days, gamers are found more inclined towards the online version of rummy, which is quite obvious especially when social interaction has been paused due to the uncontrolled spread of Coronavirus. There are many online gaming platforms that offer you a chance to play online rummy, enjoy it, and also win prizes as a winner.

If you want to enjoy online rummy, you can download an app and play now!!!

Most of the people who choose to play online rummy think that it is quite an easy affair, but they gradually understand that it’s not. There are lots of tricks that need to be applied to make sure you win the game. I have been into online gaming for a long time and rummy has always been my favourite of all. The very first thing that one should be aware of is that the game is not about picking up and discarding cards. Instead, it is all about picking up and discarding the right cards to form proper sequences to win. As a rummy lover myself, I have realised that there are a few common mistakes that keep us away from a win.

Hence, I would like to share with fellow gamers how I became a pro at rummy by avoiding these common mistakes.

Don’t be in a rush

No matter which activity you are involved in when you rush, you are likely to miss out on your goal. The same thing applied to the game of rummy. In the case of the ones who are new to the game, impatience is quite expected. After all, they wait desperately for the right cards to complete their hand. But when this waiting period exceeds their expected range, they start losing their patience. As a result, they forget to remain consistent in their game and begin making wrong decisions.

Consistency and patience are the two major factors that pave your path towards victory when it’s the game of rummy.

Never ever hold the cards with high value for a long time. Rummy is a game where the chances of winning are quite less. Thus, it is recommended that you be smart enough to understand the significance of time. In case you think that your opponent team is likely to complete the hand before you do, it is important that you ensure that there is no high-value card that you hold. In the case where you are not the winner, such high-value cards might have an anti-effect on you.

As a gamer, you need to know that if you pass a wrong card at the beginning of the game, you will have to pay a minimum penalty. However, if you hold the wrong card for a long time, it would be an issue. Thus, in such a scenario, it is recommended that you drop the game as early as possible.

In the game of rummy, keeping a watch on the opponent’s moves is a must. This will let you read their expressions and also understand their next step. Unlike other games where you only require focusing on your own chance and determining your next move, rummy requires a different approach.

Studying the behaviour of the opponents is one of the most important things to ensure. The moves chosen by your opponents will help you get an idea of the kinds of cards they are picking up from the pile. Tracking the moves will allow you to change your strategy and play in accordance with the same to form valid sequences.

Don’t be obsessed with jokers

When you play rummy, you have two options based on which you can build your sequences. First, it is a pure sequence, which is without a joker, and second is preparing an impure sequence, including a joker. It has been observed in online games that gamers start stocking jokers, thinking that it will make it easier for them to build the sets and sequences.

However, as a gamer, the person should focus on building a pure sequence first and not waste his time or effort on hoarding the jokers just for the sake of experimenting with different combinations, which might not be of any use for him later on.

Of course, the game of rummy is all about building sets and sequences, but then deciding on your priority is important. Gamers should always prioritise building sequences first and then work on having the valid sets.

If you focus on completing the set first, it is likely for your opponent to complete the hand before you with the valid sequences, thereby being a declared winner. Thus, it is recommended that you focus on building your sequence first and then move to other options.

The points mentioned above will surely let you frame your strategies well when you play the next time. Rummy is a game that always demands patience, consistency, practice, and your ability to prioritise. If you are the one who can ensure being perfect in all respects, you will surely win the game. Go for it.