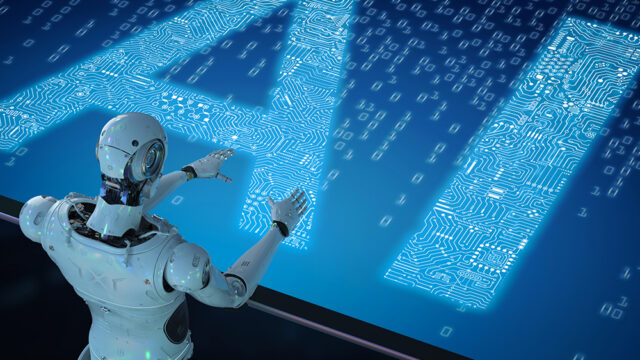 AI has made rapid progress in recent years, marking its presence in almost every field. Advancements in AI will only increase with time as it engulfs our entire world. From self-driving cars to predictive medicine and personalized learning, AI has shaped our everyday life’s both practical and intimate aspects, including finding life-partners for us. The rise of AI has created a demand for highly skilled professionals in the field. Young professionals can have a fruitful career in AI by completing various AI courses like msc data analytics, ms data science etc in India from institutes like INSOFE.

Generally, when people talk about AI, the discussion is centered around AI’s applications and predictions about AI-driven products and their effect on our lives. But we often overlook the fact that today’s AI revolution is only possible because of computing hardware and computing ecosystem evolution.

AI and computing: A match made in heaven

In a nutshell, AI enables computers to mimic human intelligence. Machine learning (ML) is a crucial tool in AI that helps computers in acquiring intelligence. ML enables machines to learn from data with statistical techniques instead of being programmed to perform specific tasks. Regression models are a common ML technique. It includes decision trees and neural networks, having adaptive systems of interconnected nodes modeling relationship patterns between input and output data. Multilayered neural networks come in handy when dealing with complex tasks like image recognition and text synthesis. These are a subset of machine learning and are commonly known as deep learning (DL), as the neural networks involved here have more depth. Both ML and DL techniques are data- and computing-heavy. For example, a simple deep neural network that classifies animal pictures into dogs and cats requires thousands of classified animal pictures in training data and billions of iterative computations to mimic a four-year-old kid’s ability to differentiate cats from dogs. Hence, data and computing form the engine of high-performance AI systems.

Hurdles ahead for computing status quo

People rarely consider computing as a scarce resource for enabling the AI revolution. However, computer systems have several limitations that can slow the development of AI applications built on top.

What does the future hold?

The regulatory constraints and the energy and bandwidth costs of centralized super-computing will drive data storage and computing to the edge. The imminent end of Moore’s law will push the emergence of more specialized computing architectures, changing the structure of processing units and individual circuits to enhance performance without shrinking transistor size.

Working in STEM should be encouraged to ensure the computer manufacturing industry has the talent to disrupt itself and stay relevant with AI revolution needs.

Data scientists should focus on the least complex way to solve the problem while building ML models and writing algorithms. Opting for a complex neural network when a regression can deliver accuracy is a classic example of wasting a scarce resource such as computing. Hence, promoting computing-friendly practices within the tech ecosystem has become a necessity.