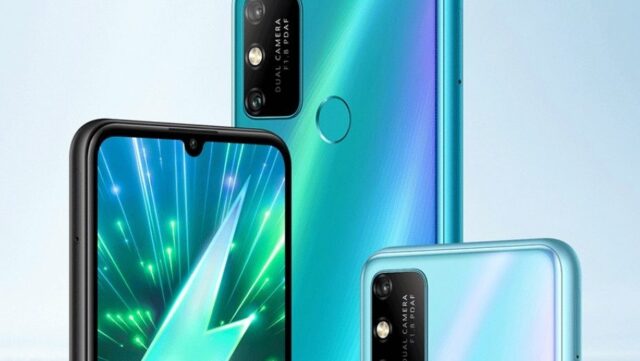 The Chinese smartphone maker Honor today unveiled a new smartphone dubbed as Honor Play 9A in China. The mid-range phone touts a 5,000mAh battery and dual rear cameras as its main highlights. Let’s have a brief look at its specifications, price, and features.

Powering the phone at its core is the octa-core MediaTek Helio P35 processor, coupled with PowerVR GE8320 GPU. The device gets 4GB of RAM and is available in 64GB and 128GB of internal storage options. The storage can be expanded further up to 512GB via a microSD card.

In the optics department, the Honor Play 9A gets a dual-camera setup at the rear. The module comprises of a 13-megapixel primary shooter with f/1.8 aperture and a 2-megapixel depth sensor with f/2.4 aperture. For selfies, there’s an 8-megapixel front camera, housed in the dot-notch upfront.

The handset runs Android 10 with MagicUI 3.0.1 on top. All of this gets backed by a 5,000mAh battery with support for standard 10W charging. The phone also gets a capacitive fingerprint scanner at the rear.

The phone will be available in Night Black, Blue Emerald and Jasper Green colour options. Pre-orders have already commenced on Vmall while shipping will start from April 7. As of now, there’s no official word on international availability of the device.