A smartphone with a model number Honor-DUKTL30 has been spotted on TENNA, rumored to be the upcoming Honor 9. Its still not clear if the next Honor flagship will use that name, but the phone spotted on Chinese Telecommunications regulatory body packs better specs than last year’s Honor 8.

To begin with, the listing reveals a 2.4GHz processor, however the SoC is still unknown. We expect it’s the company’s latest Kirin 960 processor, as the Honor 8 came with Kirin 950 chipset.

Another notable change over last year’s Honor 8 is a large 5.7-inch display with a Quad HD (2560X1440) resolution, as opposed to a Full HD 1080p resolution in last year’s model. Besides, the rumored Honor 9 ( Honor DUK-TL30 features 6GB of RAM along with 128GB storage plus microSD expandability. 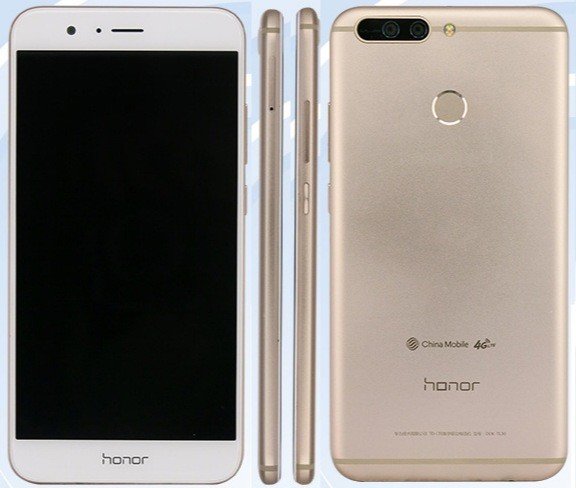 And just like its predecessor, even the new Honor handset certified at TENNA sports dual-camera setup on the back. It gets 12MP+2MP twin rear cameras bundled with LED flash. For selfies, there’s an 8MP front-facing shooter.

Other key features revealed include a fingerprint scanner on the back. Also, it is expected to get dual-SIM support for countries like China and India, a feature we don’t expect to see in its global variant. As per the TENNA listing, the rumored Honor 9 runs Android Nougat 7.0 right out-of-the-box. While powering the Honor DUK-TL30 is a generous 3900mAh battery.

Last month, Huawei launched another Honor smartphone in China called the Honor Magic. The smartphone sports a curved design decked in a metal clad body. In terms of specs, the Honor Magic comes with a a 5.06-inch 2K AMOLED display. Powering the smartphone is a Kirin 950 octa-core processor bundled with 4GB of RAM and 64GB of storage. Even the Honor Magic features a dual-lens primary camera with f/2.2 aperture, where one lens captures colors, while the other takes care of black and white shots. On the front, the Honor Magic packs an 8MP selfie shooter. The device runs Android 6.0 Marshmallow out-of-the-box layered with the company’s ‘Honor Live Magic OS’.

Besides, the highly-anticipated Huawei P10 flagship is also expected to be unveiled at MWC 2017. The Chinese manufacturer has already sent press invites for a launch event on February 26, at the upcoming Mobile World Congress in Barcelona. The rumored Huawei P10 Plus is also said to launch alongside the standard P10 model.