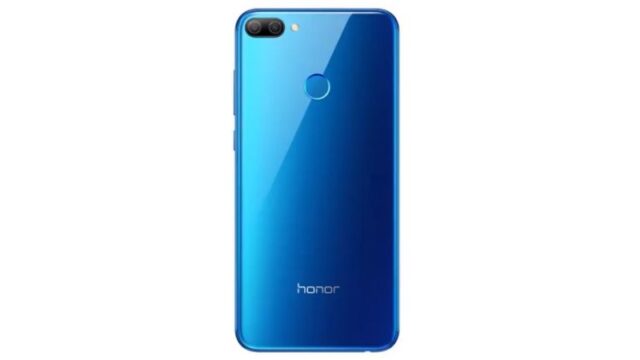 The Honor 9N was officially announced for the Indian market today. The handset was unveiled by the company at an event today in New Delhi, which will be sold as a Flipkart exclusive. The Honor 9N is essentially the rebranded version of the Honor 9i that was announced in China last month.

In terms of specifications, the Honor 9N features a 5.84-inch Full HD+ Full View IPS display having an aspect ratio of 19:9 and 2.5D curved glass. Under the hood, the handset gets powered by Kirin 659 octa-core processor bundled with either 3GB or 4GB of RAM, depending upon the variant. The device is offered in 32GB, 64GB, 128GB built-in storage options, which is further expandable upto 256GB via microSD slot.

In the photography department, the Honor 9N sports a dual rear camera 13MP+2MP sensors with f/2.2 aperture and LED flash. For selfies, the device gets a 16MP front-facing shooter which has a Gender beauty mode and Portrait Mode. The device also has a Face Unlock feature as well as a rear mounted fingerprint scanner.

The Honor 9N runs Android 8.0 with EMUI 8.0 on top and gets fuelled by a 3000mAh battery. Connectivity options on the handset include 4G LTE, Wi-Fi, Bluetooth, GPS/A-GPS, and microUSB.

The Honor 9N gets a starting price tag of Rs 11,999 for the 3GBRAM/32GB storage variant. The 4GB RAM/64GB storage variant of the handset is priced at Rs 13,999, while its top-end model with 4GB RAM/128GB storage gets a price tag of Rs 17,999. The handset will be available starting 12pm on July 31 via Flipkart and HiHonorStore. The device will be available in Sapphire Blue, Royal Blue, Lavender Purple, and Midnight Black colour options. There are also a couple of ;launch offers for the handset. These include a Jio cashback offer of Rs 2,200 along with 100GB of additional data and Rs 1,200 Myntra voucher.