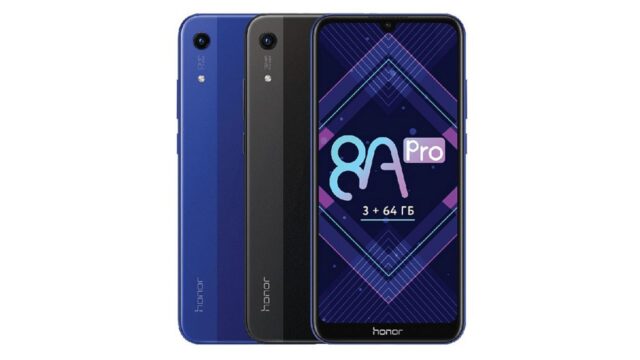 Huawei’s sub-brand Honor has now further expanded its budget smartphone lineup with the launch of Honor 8A Pro in Russia. Being an entry-level budget smartphone, the 8A Pro carries a waterdrop notch display and Helio P35 SoC as its main highlight.

Under the hood, the device gets powered by the MediaTek Helio P35 processor. For starters, this chipset gets a CPU with four Cortex-A53 cores clocked at 2.3GHz and four Cortex-A53 cores clocked at 1.8GHz, coupled with PowerVR GE8320 GPU. Moreover, there’s 3GB of RAM and 64GB of onboard storage. Notably, the storage can be further expanded up to 512GB using a dedicated microSD card.

For photography, the smartphone gets a single 13-megapixel primary camera with an LED flash and f/1.8 aperture at the rear. For selfies, it gets an 8-megapixel shooter up front.

On the software front, the handset runs EMUI 9.0 baked on Android 9 Pie. A 3,020mAh battery backs all of this. Connectivity options include 4G LTE support, Wi-Fi 802.11b/g/n, Bluetooth 4.2, GPS + Glonass and a Micro-USB 2.0 port. The phone also ships with a fingerprint scanner at the back.

Evidently, the 8A Pro is a rebranded Russia-specific model of the Honor Play 8A smartphone that was announced back in January this year. 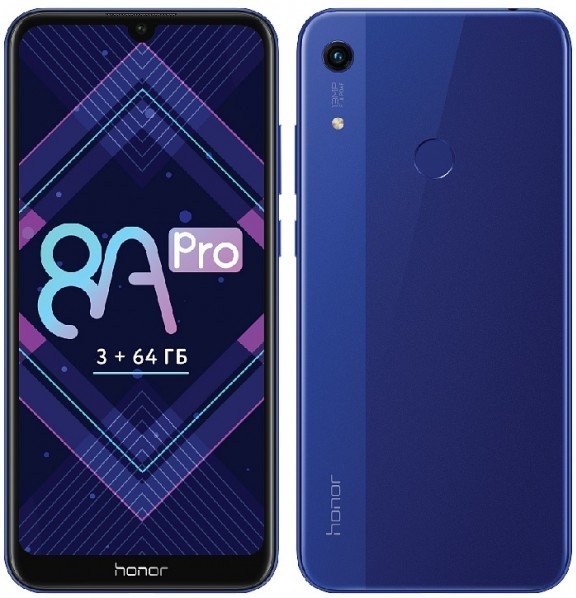 The phone will be available starting April 12, 2019 (today) in Russia exclusively via T-Mall, in Blue and Black colour options. The company is yet to comment on the global launch of the device. Stay tuned for more updates.