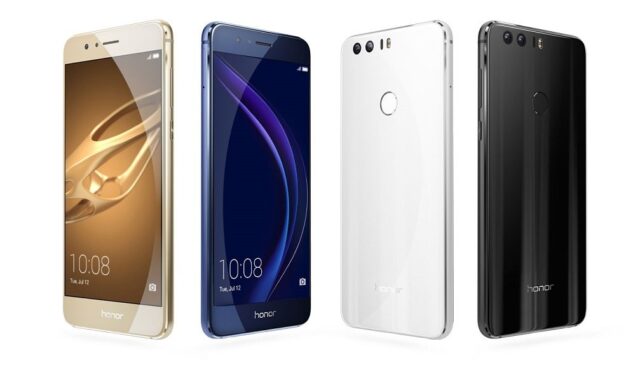 With Christmas almost upon us, Amazon is now offering attractive discounts on smartphones. As you can now save a $100 on purchase of the recently launched Honor 8.

Both 32GB and 64GB variants of the Honor 8 are available at a $100 discount on Amazon. The highlight of the smartphone is its dual-lens camera setup, similar to the one found on the flagship Huawei P9. It features two separate 12MP sensors – a standard RGB sensor along with a 12MP monochrome sensor. Both sensors work in combination to produce detailed, sharper pictures.

Other key specifications on the smartphone include a 5.2-inch Full HD display, 3000mAh battery, and 4GB of RAM. Under the hood, the smartphone gets powered by a 1.8GHz Kirin 950 octa-core processor. In terms of OS, the Honor 8 runs Android 6.0 Marshmallow bundled with Huawei’s EMUI 4.1 skin atop.

Also, Amazon is offering a $150 price cut on the Sony Xperia X Compact. The smartphone was launched in the US for $499.99, though now you can get one on Amazon for $349. Key specifications on the Sony Xperia X Compact include a 4.6-inch 720p display with Corning Gorilla Glass 4. The smartphone gets powered by a Snapdragon 650 processor bundled with 3GB of RAM. It comes with 32GB of built-in storage expandable upto 256 GB.

Optics on the smartphone include a 23MP primary camera featuring Sony Exmor RS Sensor, PDAF, laser autofocus, along with an RGBC IR sensor. On the front, the Xperia X Compact gets a 5MP shooter for taking selfies. Juicing up the smartphone is a 2700mAh battery with QNOVO adaptive charging technology and  Quick Charge 3.0 fast charging technology. As far as OS is concerned, the smartphone runs Android 6.0 Marshmallow out-of-the-box, though is expected to get the latest Android Nougat 7.0 update in the near future.

We’re not sure as to how long will these offers last on Amazon. Hence, users planning on buy one of these are advised to act fast.