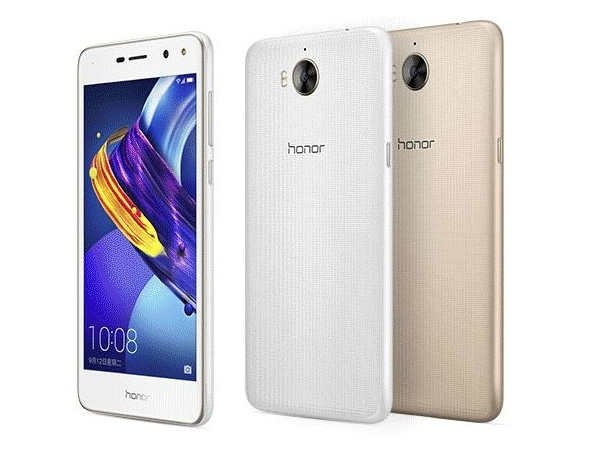 The Huawei Honor 6 Play smartphone comes with a 5 inches 720p display with a pixel density of 294ppi. The phone is powered by a 1.4GHz MediaTek MT6737T processor coupled with 2GB of RAM and 16GB of internal storage which is further expandable up to 128GB via microSD card. The Honor 6 Play run on the Android 6.0 Marshmallow OS with EMUI 4.1 on the top. The smartphone is backed by a 3020mAh Li-ion non-removable battery. On the camera front, the Honor 6 Play is equipped with an 8-megapixel rear camera which comes with f/2.0 aperture.

The Huawei Honor 6 Play comes with a price tag of RMB 599 (Rs. 5900), and it will be available in the Chinese market from Thursday. To recall, Huawei has recently announced Honor V9 Play smartphone in China. The hybrid dual-SIM smartphone is packed with 5.2 inches 720p display, Octo-Core MediaTek MT6750 processor, Mali T860 GPU, and 32GB of internal storage.

Moreover, the smartphone comes in two RAM variants i:e 3GB and 4GB which is further expandable up to 128gigs via microSD card. The Honor V9 Play is packed with 13MP back shooter and 8MP selfie camera. The smartphone runs on Android 7.0 (Nougat) OS with EMUI 5.1 on the top and it’s fuelled by a 3000mAh Li-ion battery.