Huawei has introduced Honor 6 Plus in the Indian smartphone market to compete against well-established market players like HTC, Micromax, and Samsung.

Let’s start the review by talking about the specifications and design of the phone first.

[Video Review is available at the end of the article.]

The smartphone comes loaded with 5.5-inch 1080p FHD IPS LCD capacitive touch screen with 401 PPI resolution. The screen is protected by Corning Gorilla Glass 3 and has an anti-fingerprint coating to prevent the smartphone from any smudges at the time of heavy usage like chatting and playing games. 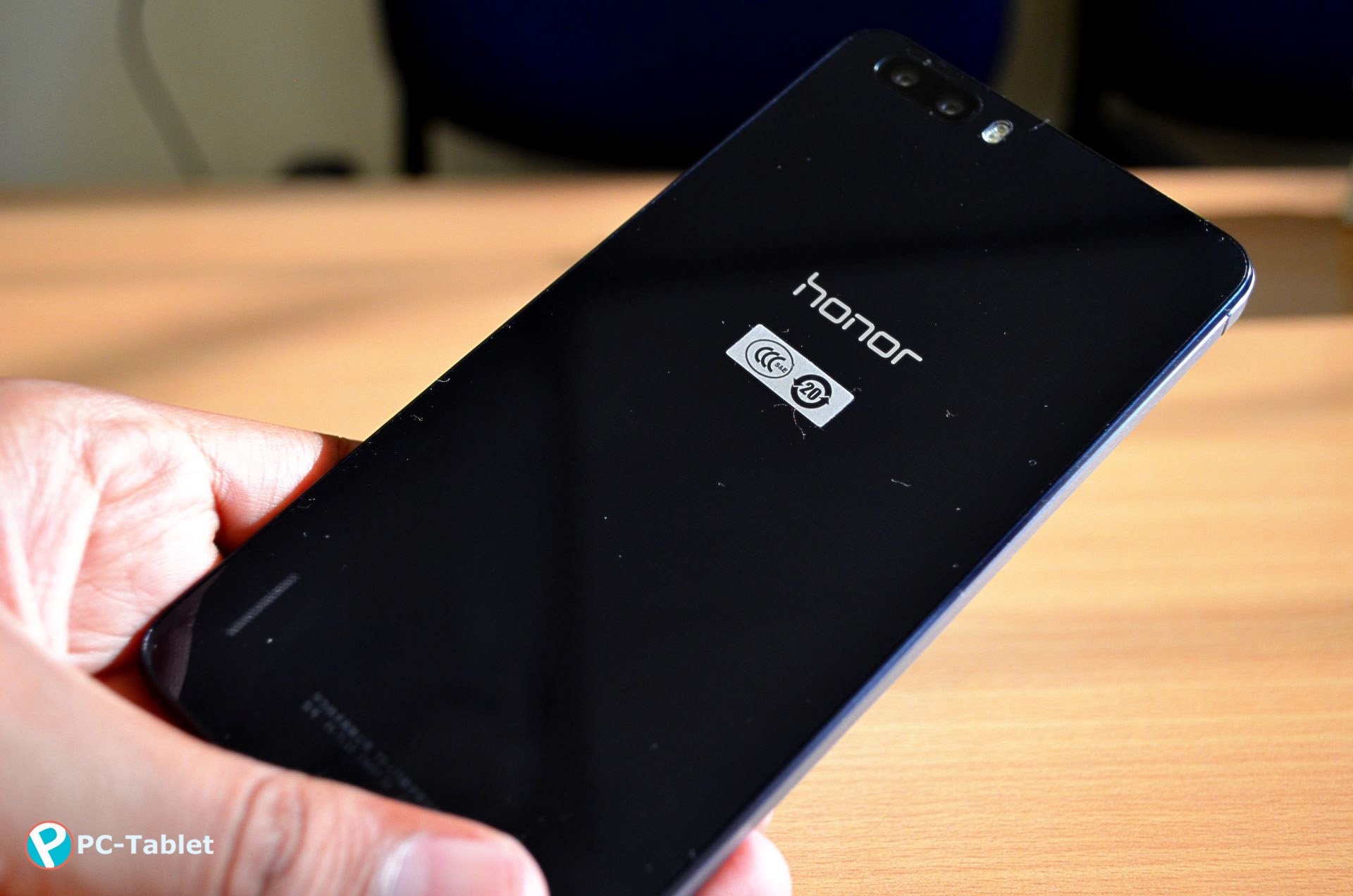 The back of the phone is made of military grade Glass Fiber, but it feels slippery because of glossy finish that makes the phone vulnerable to drops. It is also prone to smudges and scratches. Whereas the phone has a solid metallic unibody design.

The right side bezel of the phone features volume rocker, power key, MicroSD card, and SIM tray whereas there are no controls on the left side of the phone. The 3.5mm headset port sits at the top along with an Infrared port, while the micro-USB port is at the bottom of the phone. 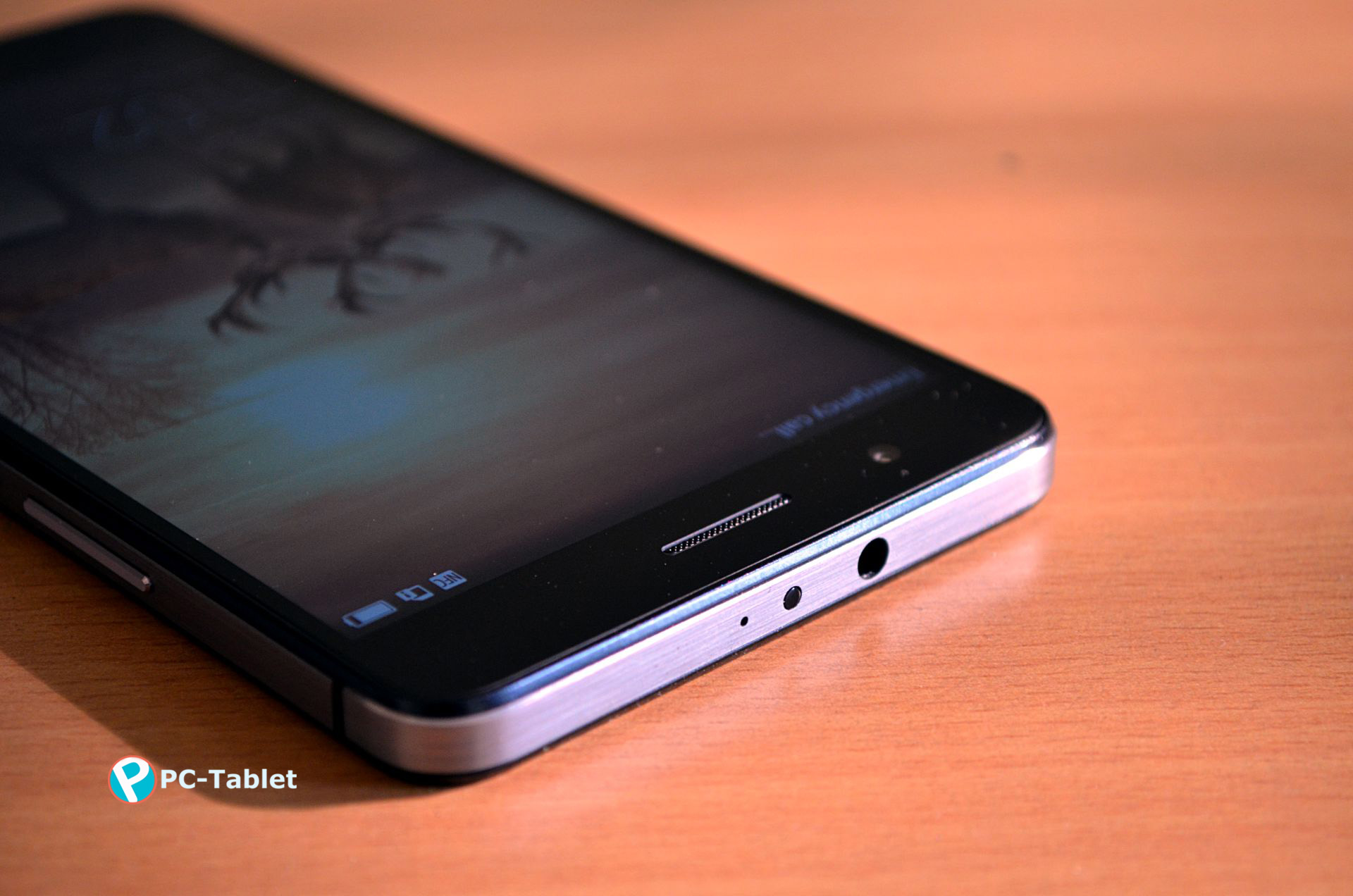 The chipset of this smartphone is a Hi-Silicon Kirin 925 along with a Quad-core 1.8 GHz Cortex-A15 & quad-core 1.3 GHz Cortex A7 processors and 3GB RAM. Honor 6 Plus features 32GB internal storage out of which 25 GB is usable only, but can be expanded up to 128GB through a MicroSD card.

It sports three 8MP snappers, two as the primary shooters, and one as a secondary or front camera. The dual 8MP rear camera sensors are located on the top right corner along with the dual LED flash.

The smartphone offers an excellent call quality and connectivity with 4G LTE support. It is a single SIM device, however, we experienced signal drops whenever the user disconnects a call. It could be the issue of the device itself or may be a software bug.

On connectivity front, it features Bluetooth 4.0 with EDR, standard Wi-Fi, NFC, Micro USB port 2.0, and GPS. It also features all standard sensors like accelerometer, gyro, proximity and compass too.

Let’s talk about Honor 6 Plus features in details.

Huawei Honor 6 Plus features three cameras, parallel dual 8 MP sensors on the rear side as primary snapper whereas a SONY 8MP BSI sensor as secondary camera on the front for selfie purposes. The two prime lenses are one of the fundamental reason that makes this smartphone portray amazing photographic abilities. The phone also offers wider space of f/0.95 for images with bokeh effect. 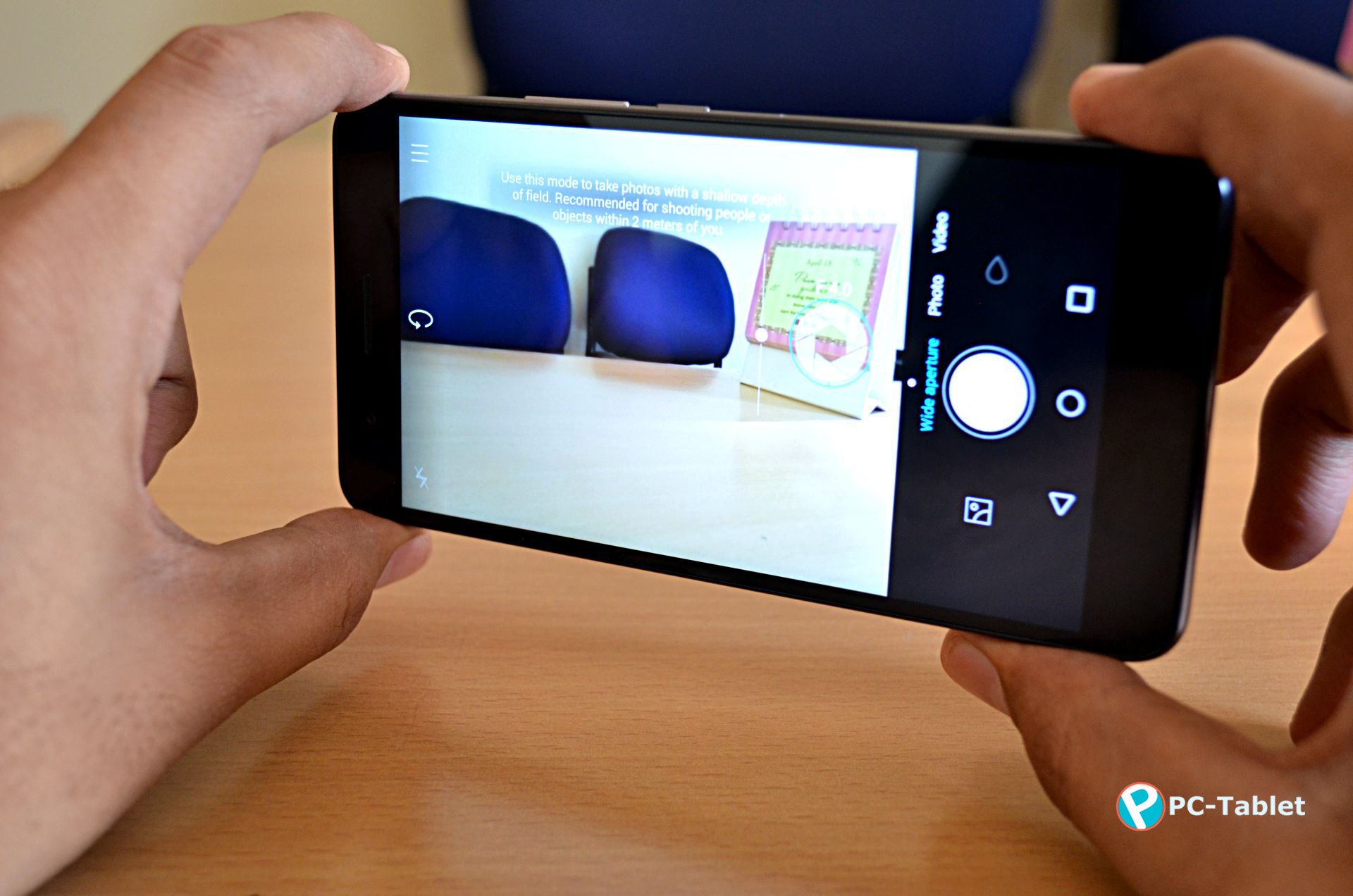 It features a 0.1 seconds quick focus along with capabilities to adjust the focus after taking the picture. Color depth and contrast has been well maintained by this device too. The dual lens also allow camera to capture more light and detail, which captures sharper pictures. The phone is also capable of recording 1080p videos.

Overall, Camera will not let you down in most of the condition.

As mentioned earlier, the chipset of this smartphone is a HI-Silicon Kirin 925 CPU that truly helps this device withstand any intense computing task.

The phone can successfully run almost all of the massive games available for the platform, including Brother in Arms, Asphalt 8, Guardians, Modern Air Combat 3D and more. And no major heating issues were experienced.

Talking about the benchmarks, the smartphone reflects figure that are better than average or low-end smartphones. This indicates that the smartphone is ready to give a good competition to some of the major flagship of other companies including Nexus 5, Asus Zenfone 2, and few Samsung & HTC smartphones.

We ran the phone through Geekbench and AnTuTu Benchmark testings and found following results.

The phone features a non-removable 3600 mAh battery, which is capable enough to take you through the entire day even if you’re phone savvy on single full charge. 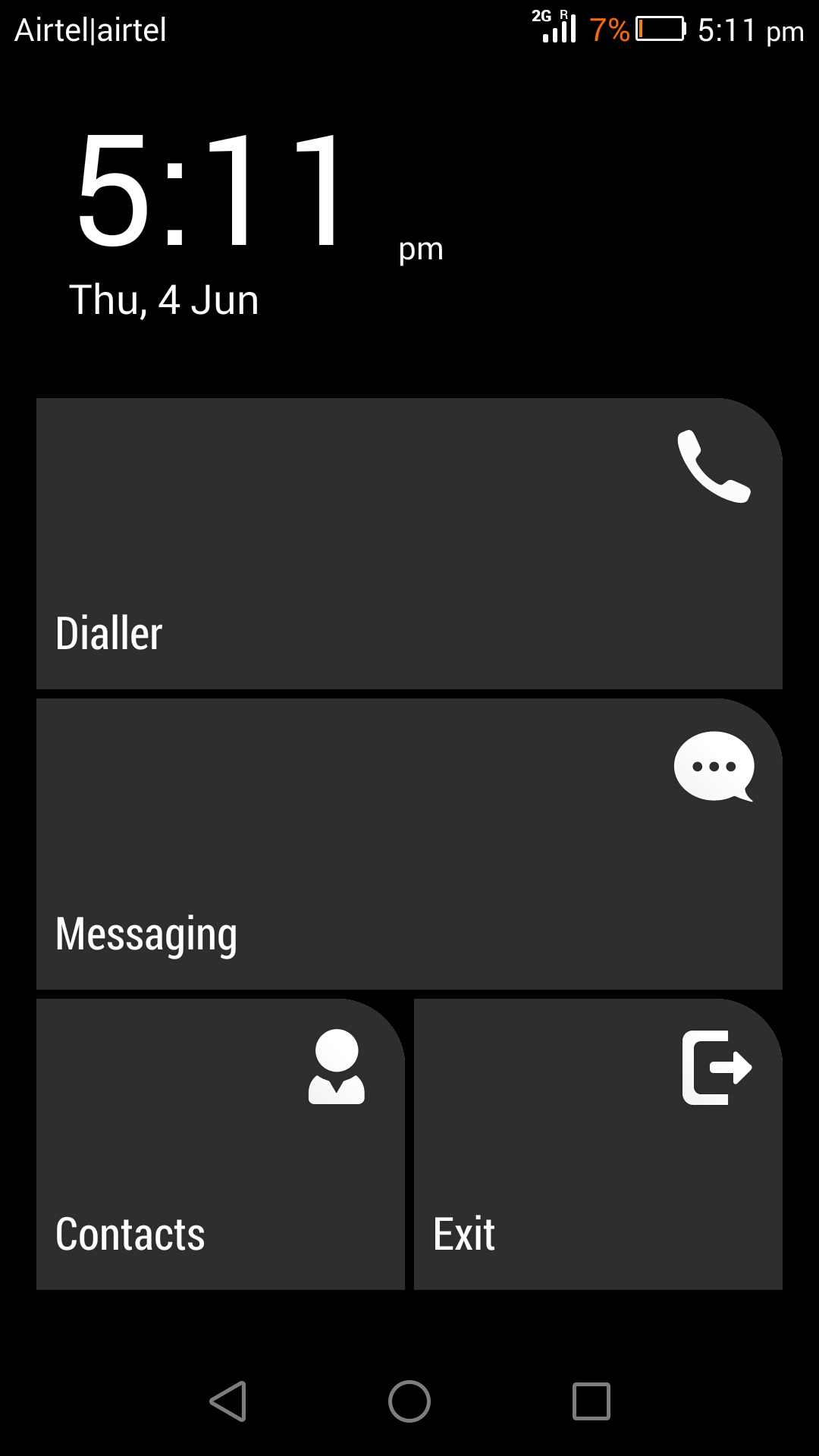 The smartphone features an Ultra Power Saver Mode that shuts down the Emotion UI 3.0 and only keeps the necessary services running.

Apart from that, we were able to see a quick drain while doing some computing intensive tasks and playing some battery intensive games such as Clash of Clans — it is pretty typical with any smartphone in the present market.

The phone comes with Android 4.4.2 KitKat and honor’s own EMUI 3.0 launcher, and can be updated to Android Lollipop, when the update will be available. 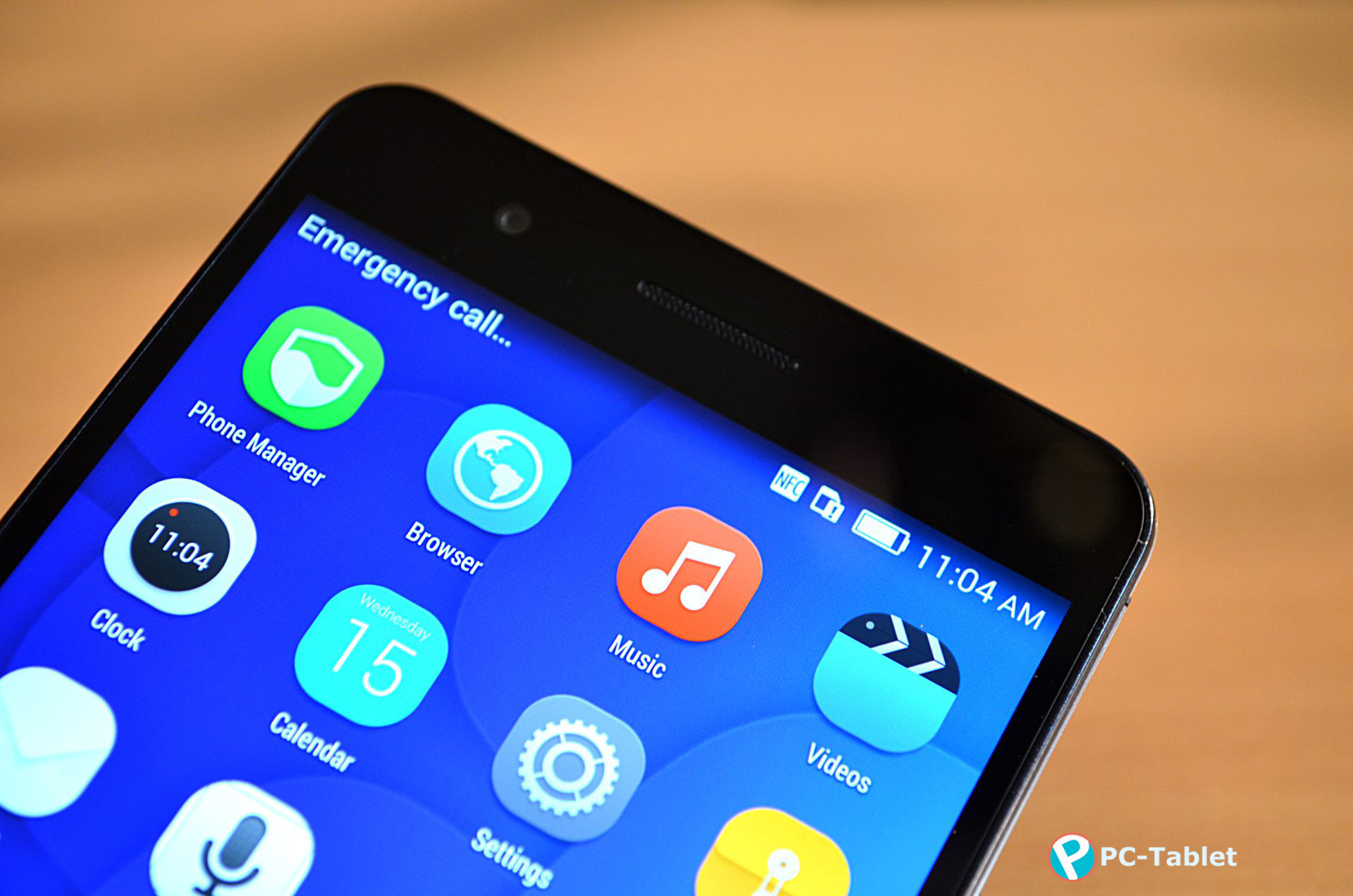 The phone features six themes each of which comes with a different set of icons, wallpapers, font style, sounds, and lock screen styles. You can also download or install new themes and customize them.

Honor 6 Plus Review in Ten Points: 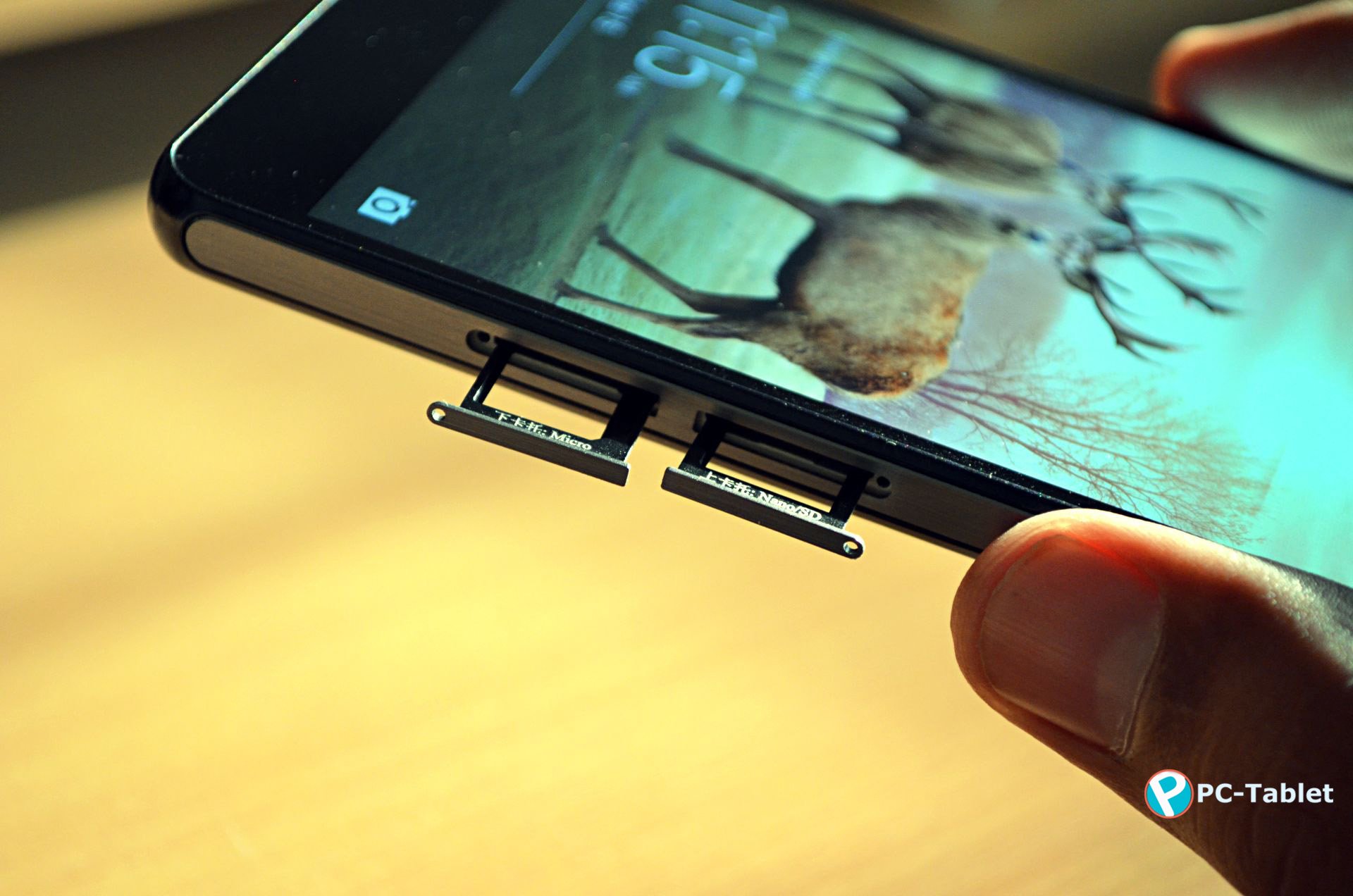 The phone comes with a price tag just under Rs. 26,499 and has been packed with great features. Except few cons, the smartphone is a worth buy. I recommend to check for the price at multiple locations before buying it as few retailers are offering good discount on it.

So in nutshell, Huawei Honor 6 Plus is a great smartphone but as I told earlier, there are other manufacturers in the market that are providing similar specification phones for a bit lower price than this. It is currently available in two colors, black and white in the Indian market. It has to be a Dual-SIM phone, not a single SIM. If you’re looking to buy a phone in Rs. 25,000 category, I strongly recommend it.

That’s it from our side, I hope this was helpful. If you’ve liked the review, please share with your friends.