Huawei introduced Honor 4X smartphone targeting the sub-10,000 smartphone market in India. Except few pitfalls, the Huawei Honor 4X is capable enough to give a tough competition to the existing giants, including Micromax and Xiaomi, in this segment. Honor 4X provides a decent multitasking performance with a good battery life.

Before jumping directly to the review, let’s first talk about what’s under the hood in this smartphone. 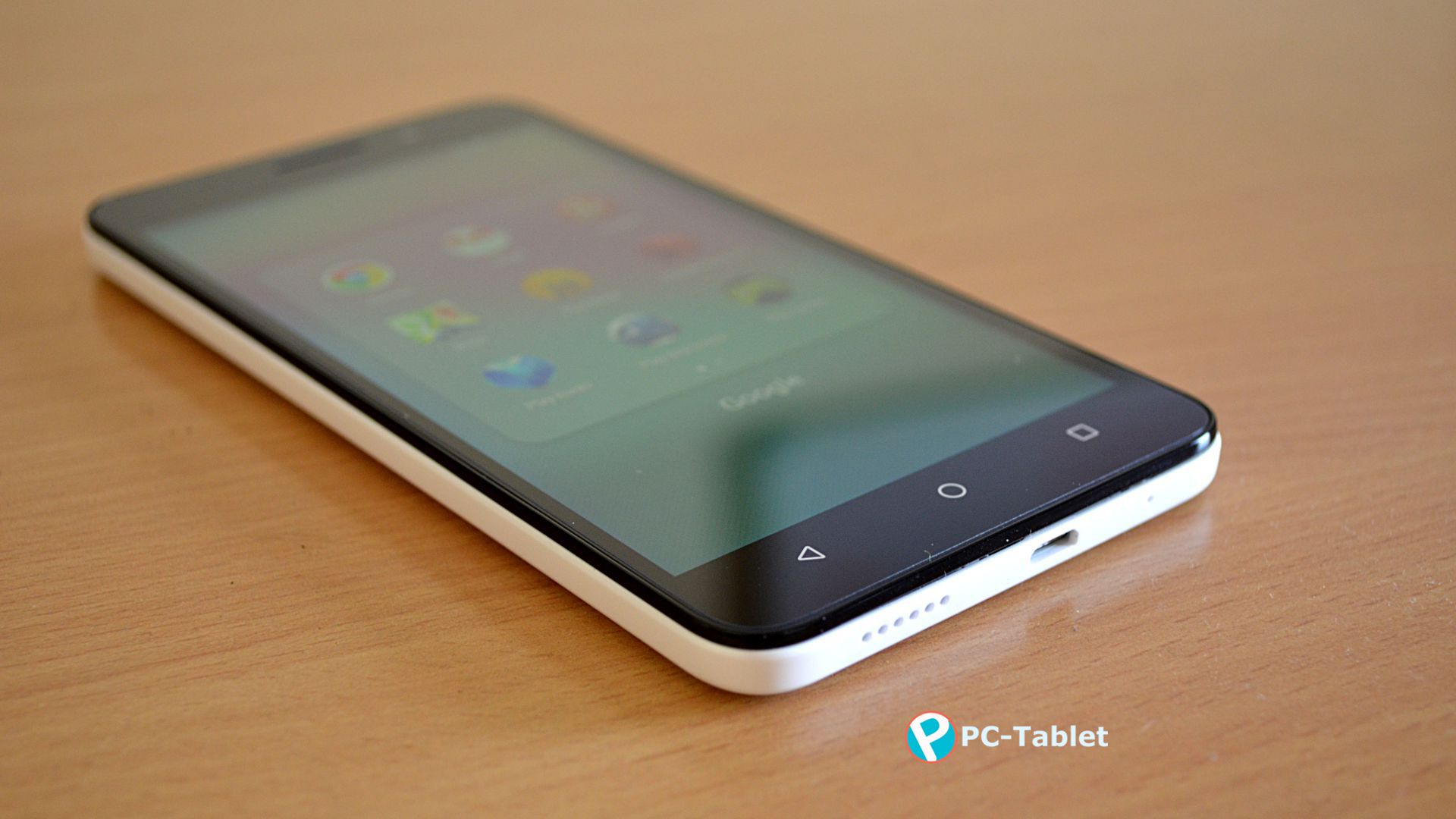 The powerhouse for this smartphone is a Quad-Core 1.2 Ghz Cortex A-53 Qualcomm MSM8916 Snapdragon 410 chipset. Apart from that, graphic hunger is satisfied by the on board Mali-450 GPU. The smartphone has an RAM and ROM of 2GB and 8GB respectively, with an expandability option up to 32GB with a microSD card.

Talking about the snappers, the smartphone features a 13MP rear camera and 5MP front camera with 720p. It features accelerometer, proximity and compass as sensors and has a non-removable Li-Po 3000mAH battery. 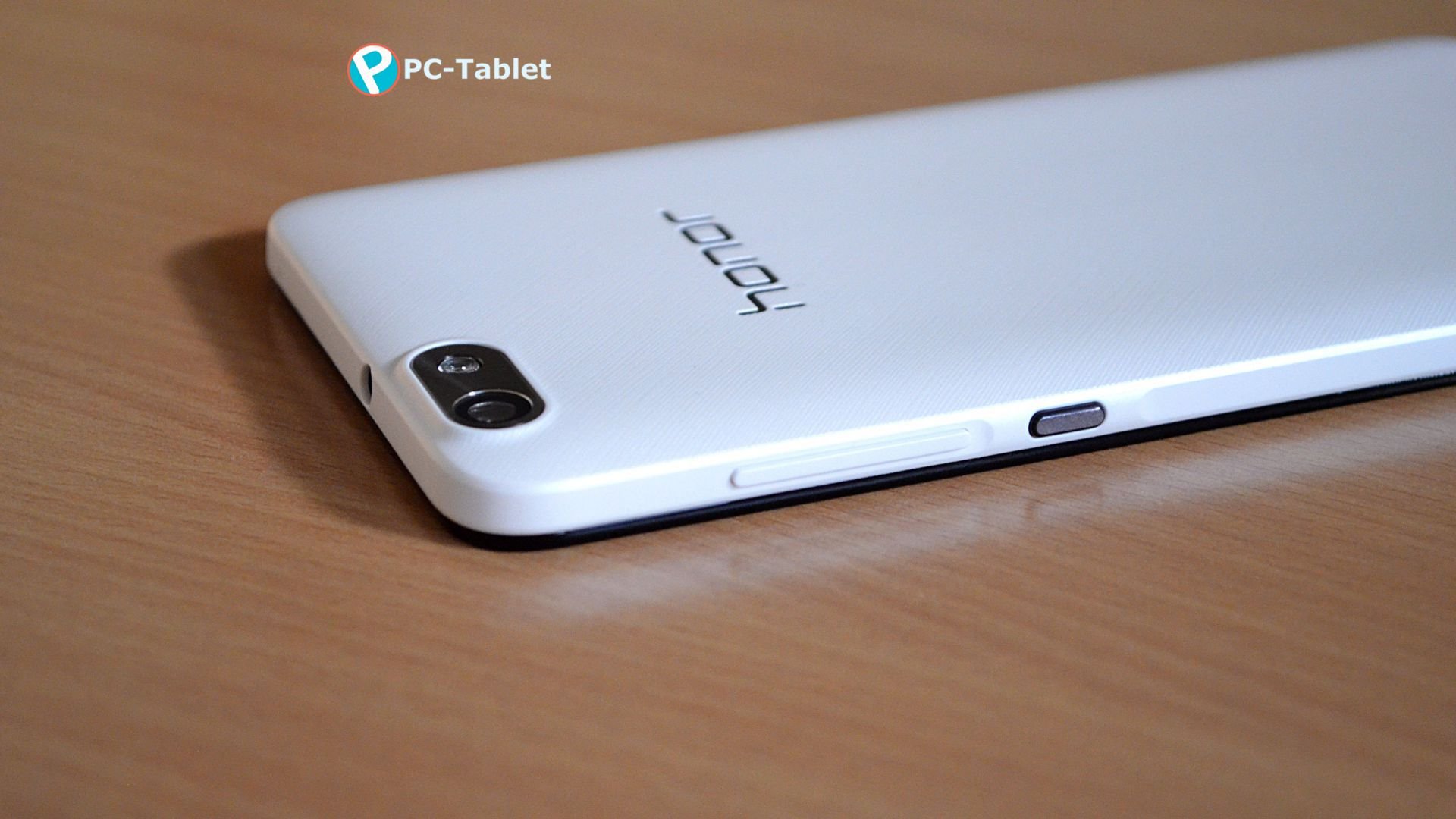 Honor 4X features a plastic design with a sturdy back cover having rounded corners and striped texture for a better grip and hold during the one hand operation. Just at the bottom, it has the speaker grills, USB charging and syncing port and a primary microphone.

On the top, it features a headphone jack and a secondary noise cancellation microphone. On the back side, it holds the rear camera with a metallic frame running along it. On the front side, it has the proximity sensors, secondary camera and capacity buttons at the bottom.

Good design: The smartphone features a very nice design with curved edges and sturdy plastic back cover that feels good in the hand.

Screen: The 5.5-inch screen is a perfect display to play games and watch movies. The display features a 720×1280 pixels resolution with 267 PPI.

Rear and front snappers are of 13MP and 5MP capturing images of resolution 4208 x 3120 pixels and 720p respectively.

Battery lasts longer than expected. On regular usage, the smartphone during the review took us throughout the day without any alerts of low battery. However, little of media and games drained it quickly. 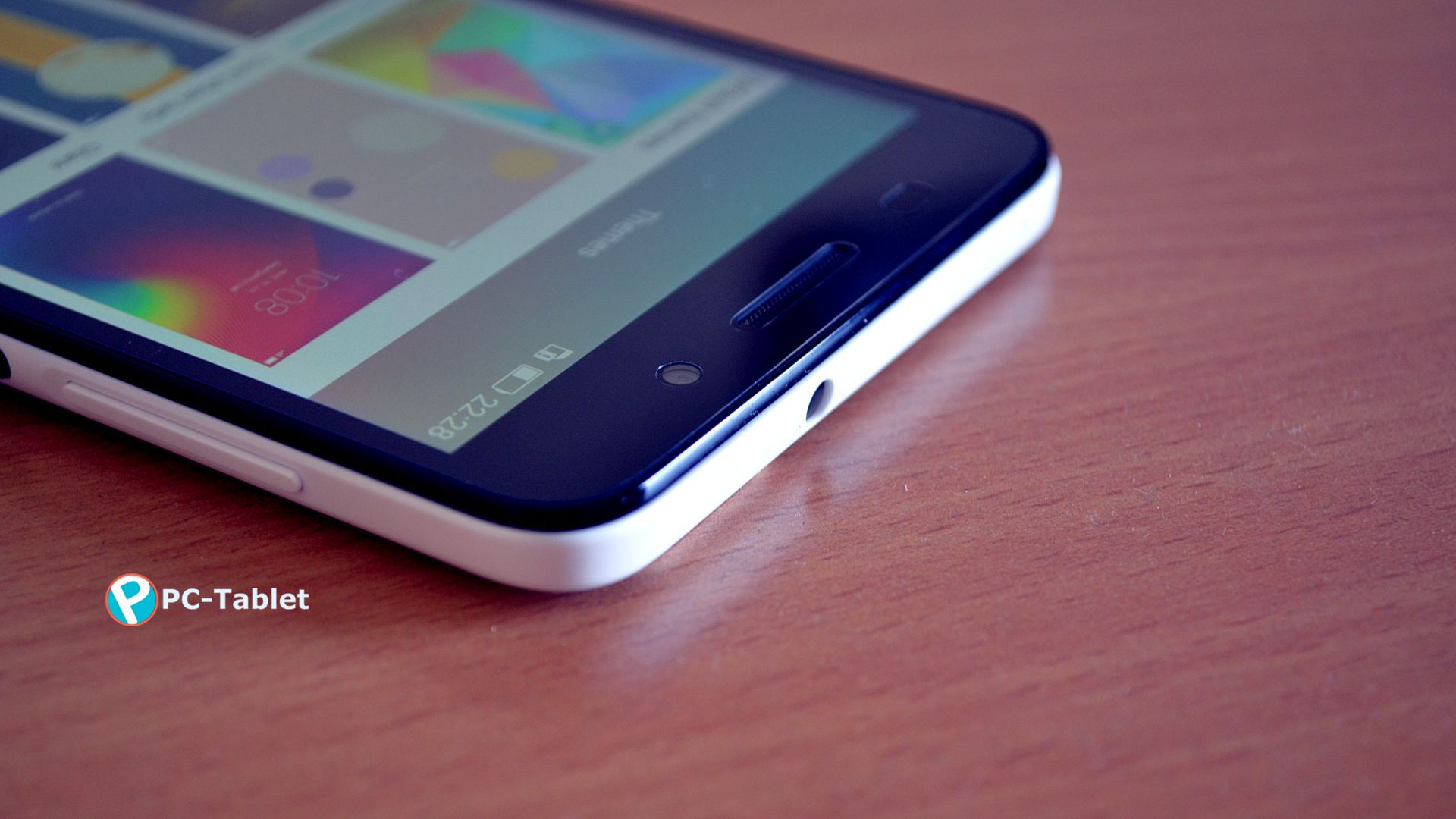 User Interface: The device features EMUI 3.0, which looks great on the device. Along with that, it also has a UI that comes into action whenever the Ultra Power Saving Mode is turned on.

Sound is just below the mark. Speaker grills are located at the bottom of the device that can be easily covered when the smartphone is in landscape mode.

Gaming: If we were to rate the gaming performance of this device then it would be 5/10. Reason being is that Honor 4X suffers lags while playing graphic intense games, however, is the perfect choice for less graphic hungry games, including Clash of Clans. 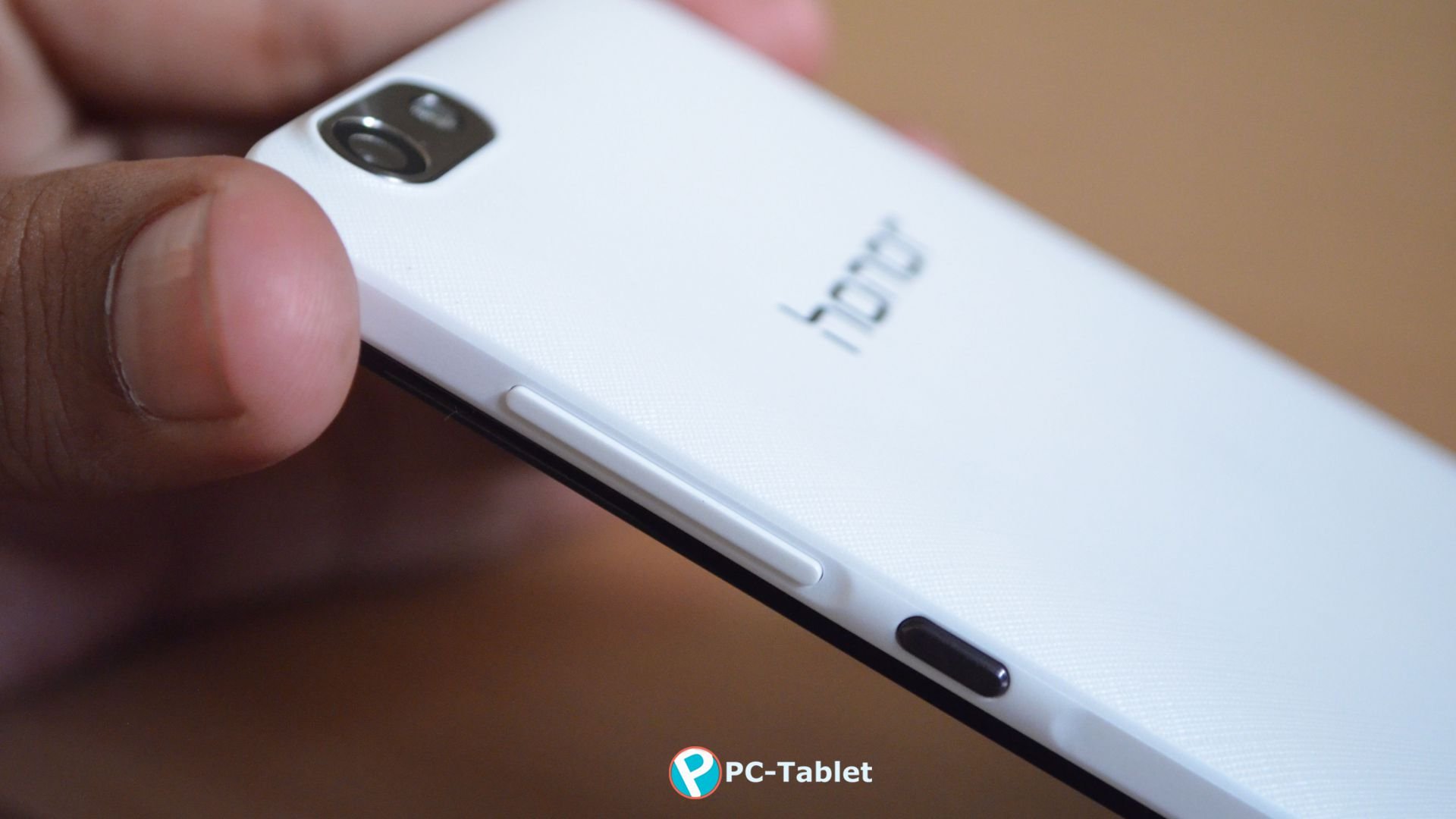 Buttons: Hardware capacitive buttons present on the display are printed rather than illuminated, which makes it hard to know the right side or tap on the navigation keys in dark places or during the night. One could only do that by guessing the right part.

Now let’s jump over to the specifications and the key points of this device in detail. 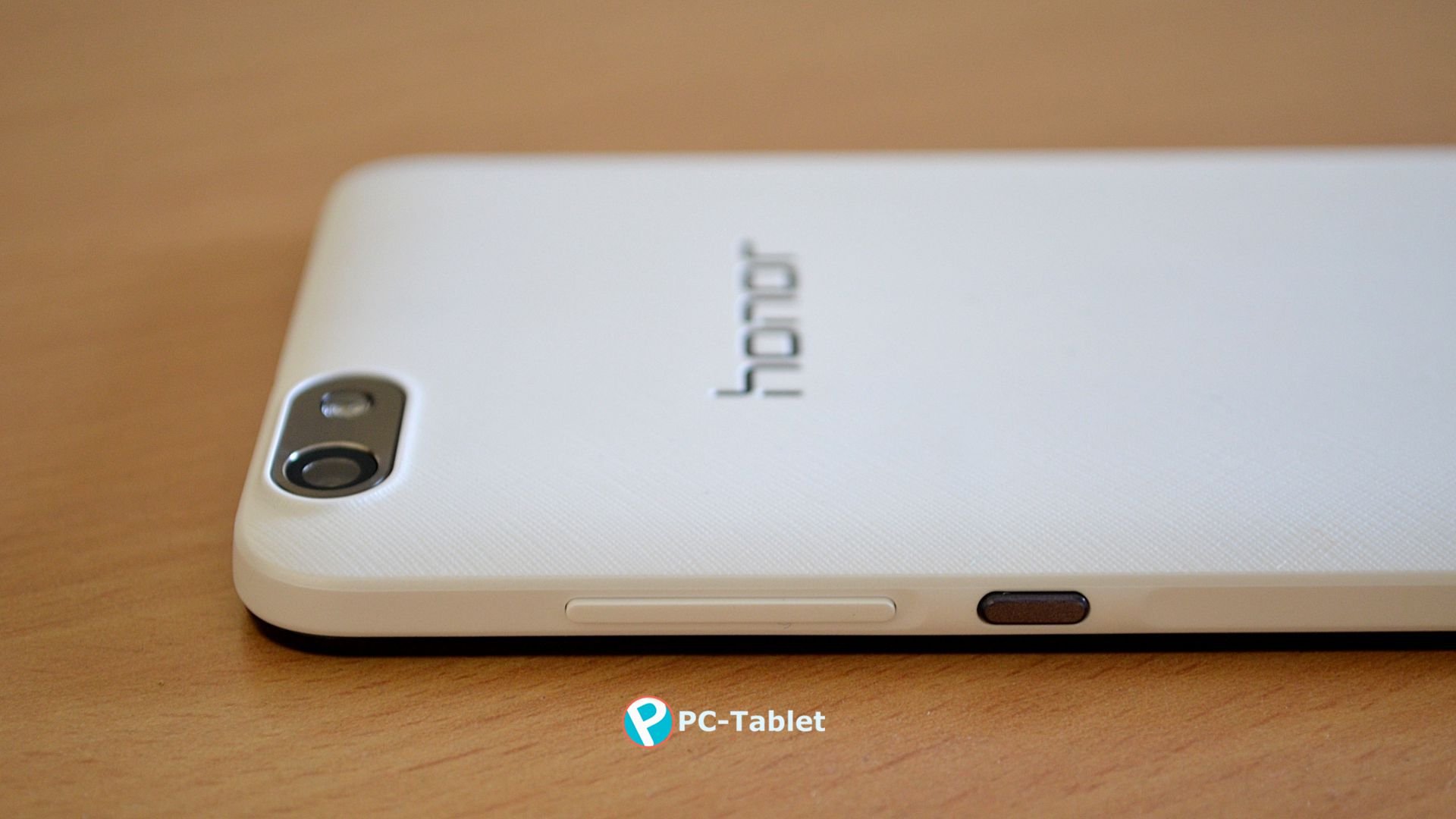 Honor 4X features a 13MP rear snapper coupled with a 5MP front shooter. Both the cameras are a decent one as compared to the other smartphones in the same segments and comes loaded with plenty of options and filters.

The rear camera snaps the images with a resolution of 4208 x 3120 whilst the front facing is good to go for selfies with an image resolution of 720p. The rear camera is a standard single LED flash snapper but takes more seconds to set the focus. The images from this smartphone are just above the mark and are quite acceptable. However, the front facing camera with 5MP captures good photos and also carries a beautify option to make the faces glow even more.

If we were to use this smartphone only for making calls, playing videos, capturing images and for few light-hearted games, then it would have stand on our expectations without us batting an eye for it. However, we were testing its limit by throwing some heavy computation games and tasks at it, and oh boy – we were disappointed. The frame rate for the Modern AirCombat 3D game was just below the mark of appreciation as it suffered glitches and lags during the gameplay. However, by muting the sound we did a reach a point where the smartphone ran it easily. 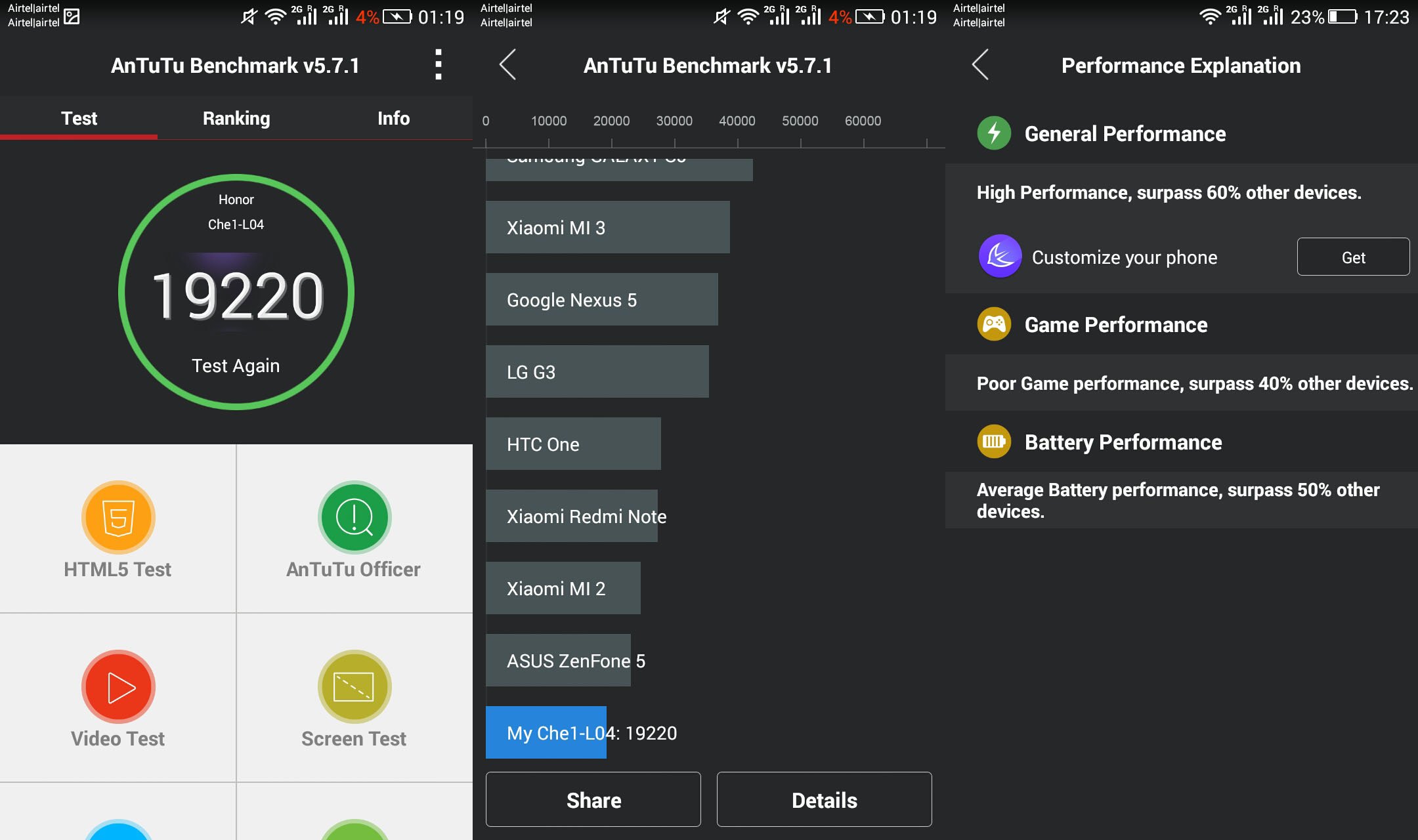 Another disappointment was waiting for us when we put this device on stress using the GeekBench and AnTuTu benchmark testing apps. GeekBench reported a single-core and multicore score of 479 and 1417 respectively. This places the device lower than the Xiaomi MI 2 in the performance rankings. 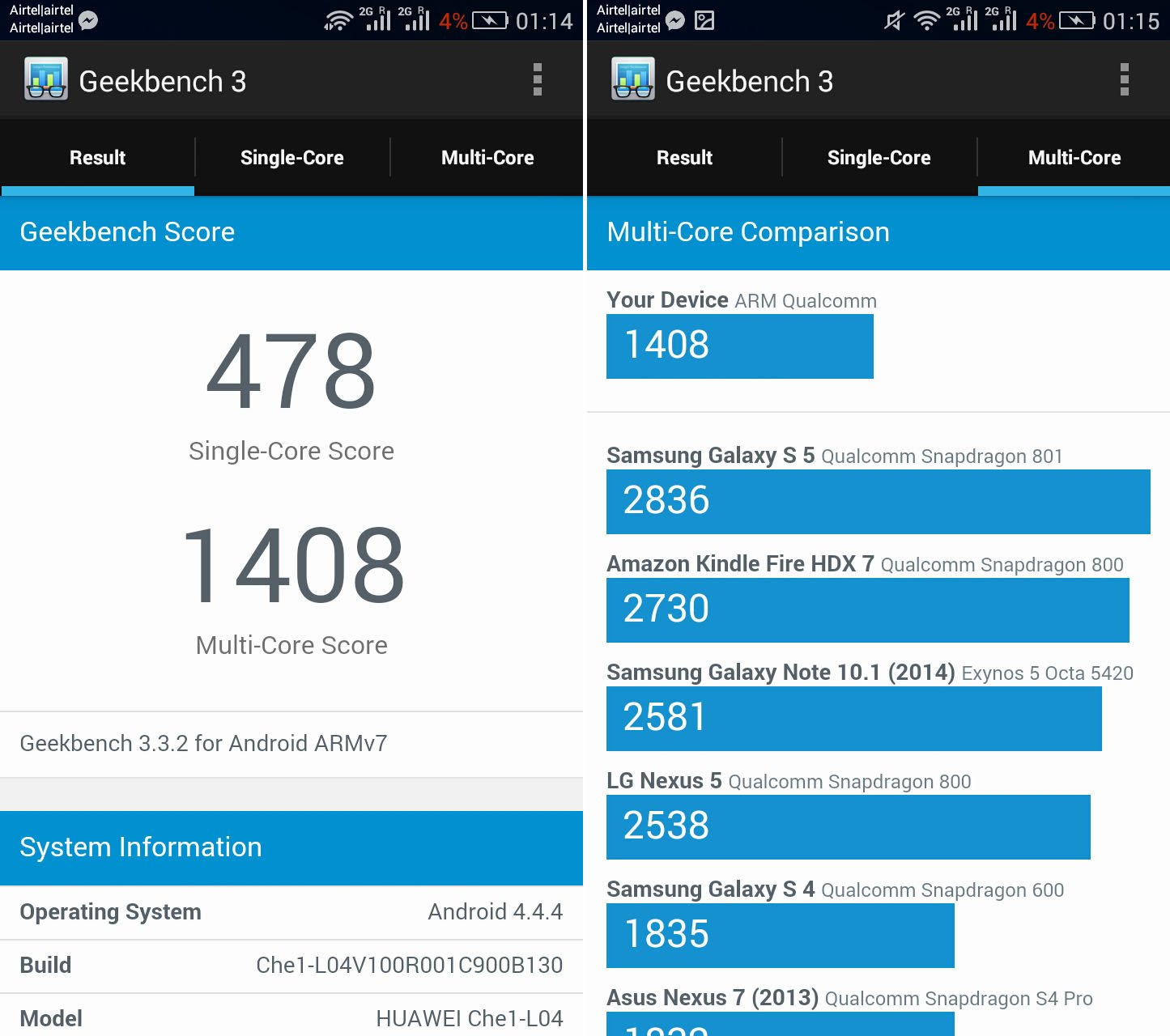 Honor 4X features a non-removable 3000mAh battery that stay juiced even after the entire day under normal usage. However, while playing the games or watching the HD videos and using the 4G Internet, the battery gets in the critical range in a comparatively smaller period. 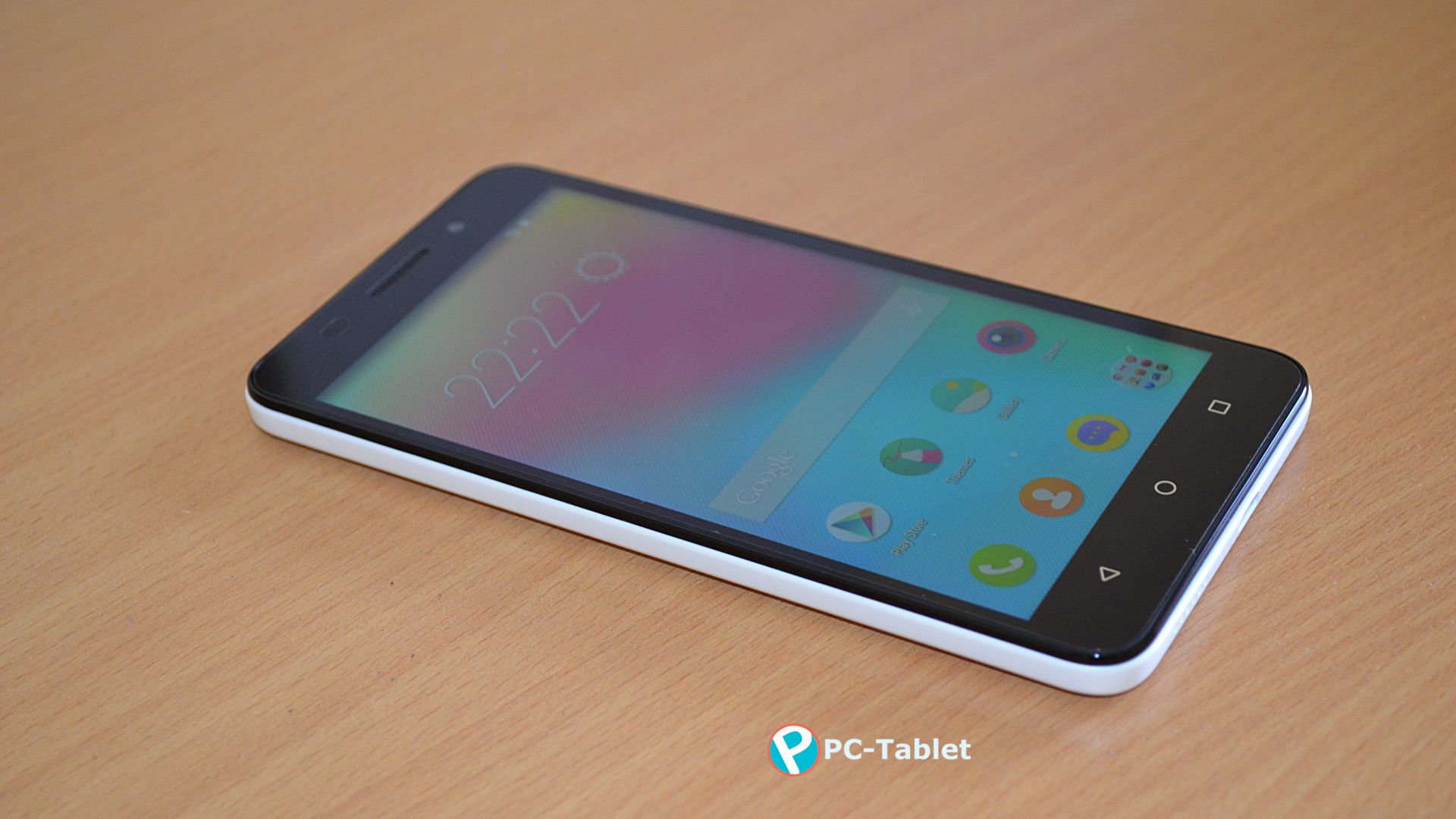 The phone comes with Android 4.4.4 KitKat and honor’s own EMUI 3.0 launcher, and can be updated to Android Lollipop, when the update will be available.

The phone features six themes each of which comes with a different set of icons, wallpapers, font style, sounds, and lock screen styles. You can also download or install new themes and customize them.

Honor 4X smartphone is available exclusively at Flipkart for INR 9,999 in two variants, Black and White. For 10,000 INR segment, giving Dual SIM 4G LTE, 8MP camera, big battery, and other sturdy features, it won my recommendation to buy under this budget category.