The highly anticipated Honda Accord Hybrid sedan is slated for its India launch on October 25. Now, the Japanese giant has made the upcoming Accord Hybrid available for bookings via its authorized dealerships across the country. 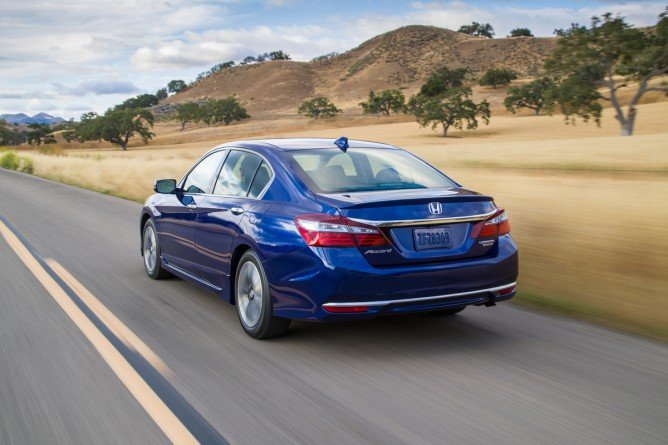 Besides, the Honda Accord Hybrid also gets overhauled with a slew of cosmetic changes. These include redesigned front bumpers, chrome grille, sleek LED headlamps with a LED strip. While on the inside, it is expected to get features such as a 7-inch touchscreen infotainment system with support for Apple CarPlay and Android Auto. So apps on your smartphone like navigation, music, and podcasts can easily be seen on the car’s infotainment system.

The upcoming sedan is also expected to get improved suspension bushings, power steering logic, and braking.These are expected to enhance the Accord Hybrid’s ride and driving characteristics. In addition, Honda’s new Accord Hybrid is said to come with advanced safety features such as Active Cruise Control (ACC), which essentially keeps a safe distance from the car ahead of you as it brakes or accelerates automatically.

Honda Accord Hybrid Price and Availability

The Honda Accord Hybrid is expected to be priced around Rs. 28 lakh, and may come in a petrol-only version. It will rival the likes of the Toyota Camry hybrid when it launches. Right now in its 9th generation, the Honda Accord has been a premium offering since its launch in India back in 2008. It came with a rather hefty price tag but was finally discontinued after five years due to lackluster sales.

In other related news, the Japanese automaker is also expected to launch the Honda Jazz SUV/Crossover by year end. As a test mule of a crossover version of the current Honda Jazz was spotted testing in Sao Paulo, Brazil last month.