Here is why the Samsung Galaxy Fold is failing 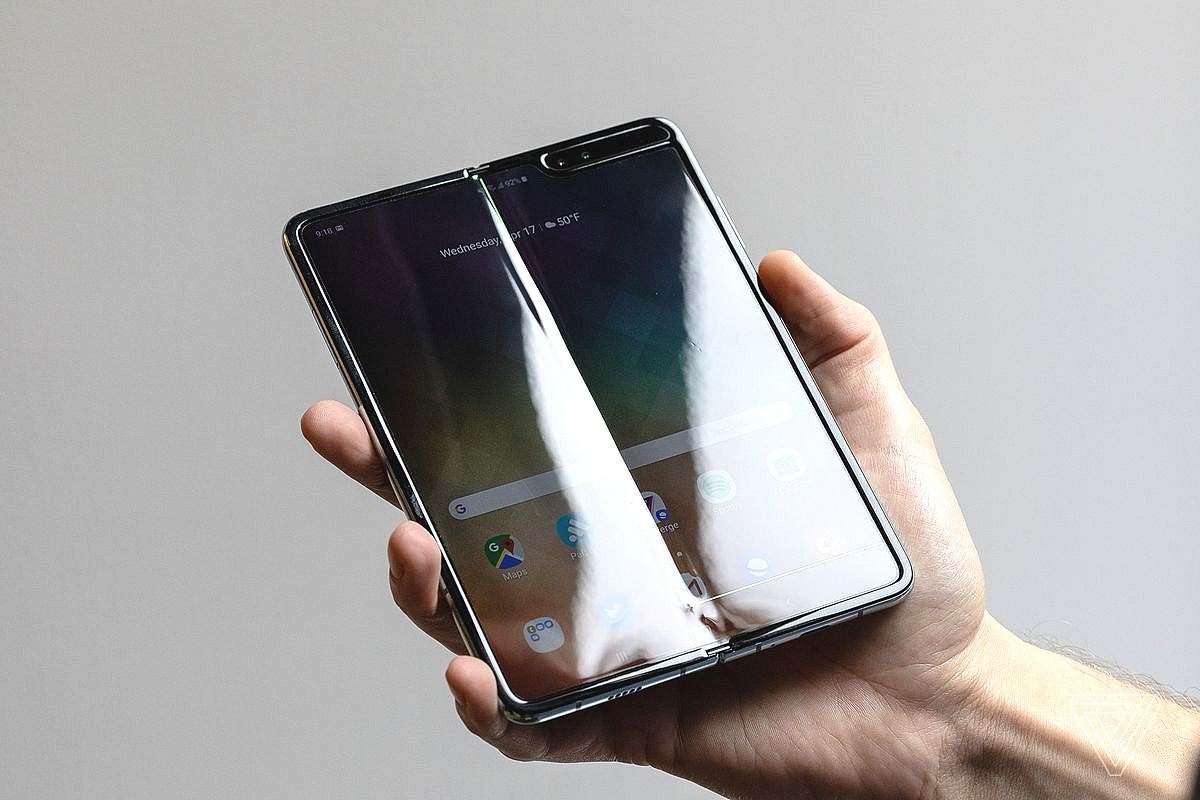 ‘First of its kind with a flexible OLED display’, Samsung Galaxy Fold promised a new and improved future for us all. Rumoured for years on end, and finally announced at the S10 event, this game-changing phone was set to launch at the end of April this year, much to our anticipations. However, the retail-level release of Fold was delayed right at the turning point. Why? Because its sample units, distributed among high-level testers and media, brought the worst news for the flagship company. In other words, the screen failure of the decade. What happened? Why was the commercial-wide release of the phone pulled? What’s in store for us now? Let’s investigate below.

Quick question: What’s the most ‘weirdly’ satisfying feeling for the tech-savvy generation of today? Drum roll, please. Slowly peeling off the plastic covering from the surface of a brand new phone. Yes, you can see thousands of videos made on this particular quirk over your Internet connection. It’s become an ingrained behaviour in all of us that whenever we see a store-bought phone with a plastic covering, we feel the urge to remove the disposable top layer and check out the shiny, smooth glass surface underneath. This is exactly what happened with the initial Galaxy Fold testers. Unknowingly and true to their nature, they peeled off the plastic layer from the top of the Fold’s screen and realized only too late that they were not supposed to do so.

Samsung’s Galaxy Fold has a super-sensitive OLED display and to make it bendable, the developers had to make use of a flexible yet rough plastic covering, instead of a Corning’s Gorilla Glass one, which is smooth yet rigid. This plastic layer is what enables the entire assembly of the phone to flex and the ‘foldable’ display to fulfil its purpose. Removing it exposes the OLED panel to environmental wear and tear, compromises the integrity of the display, and increases the chance of damage to a full 90%. So, basically, the problem with Fold’s plastic covering is two-fold here:

However, this problem is fixable, if Samsung redoes the plastic protector to envelop the entire screen, and issues ample enough directions on each retail box not to peel off the covering.

It wouldn’t be far-fetched to say that the main attraction of Galaxy Fold lies in its promised seamlessness. The fact that you can smoothly bend the device’s display to suit your needs shows the golden road Samsung is paving for a tech-enhanced future. However, after receiving the initial units, a number of users noted an immediate downfall to the device’s foldable function. What they exclaimed about in their Twitter rants was the appearance of a small bulge beneath the screen at exactly the creasing point where the display is supposed to fold into two. This unexplainable bulge defeated the purpose of the $2000 they’d just spent on an innovative flagship.

What could be the reason? Jean Baptiste Du of the Atherton Research has an answer for us. He and his team looked closely at the design of the flawless hinge mechanism to locate the problem. But, they couldn’t find it there. The hinge turned out to be robust, proving Samsung’s recently released video of the 200,000 folding tests. What they did find was a small opening at the device’s back, which’s created with the slight lift of the screen upon closing. This aperture is the main culprit, as it allows the dust and the debris to make its way inside the sensitive OLED display through the unprotected backside, and ruin the smoothness of the Galaxy Fold’s screen.

This issue is not as easily fixable. It requires a whole redesigning of the phone that has been hyped about the most this year. If Samsung’s willing to take it back under development and apply a microscopic net or some such countermeasure against the opening, then the Fold will become invincible.

For now, we’re stuck at the stage of Fold’s immediate failure. Let’s see what the future holds for this promising device.