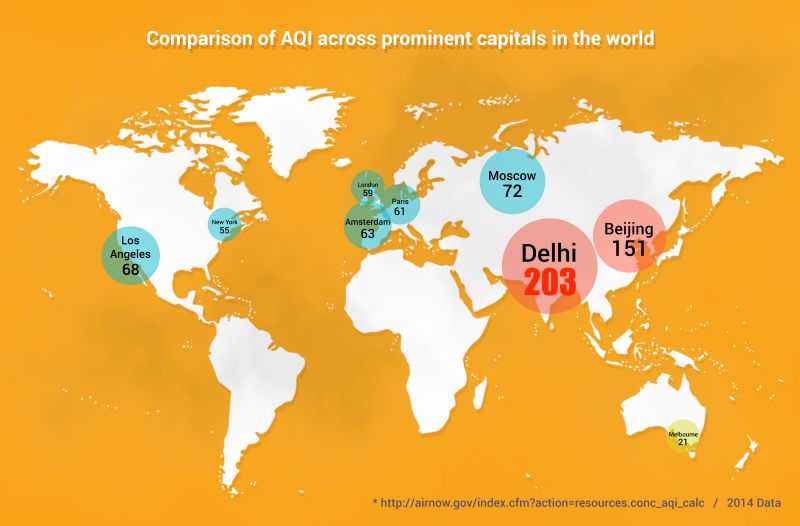 The current scientific reports have it that Smartphone devices are now capable of tracking the pollution standards in any area through the use of the Helpchat mobile phone app. The recently launched feature facilitates the tracking of the air quality in the atmosphere and will provide alerts when the quality goes below a specified threshold.

The pollution alerts from the personal assistant application have already kicked off in over 40 Indian cities and is significantly helping many of its users to protect themselves from pollution.

But how will the application work? Well, it will provide updates about the Air Quality Indexes that will read from 0 to 500. And apart from providing the toxicity amount at certain points, it will also indicate the areas that are highly polluted and which everyone should avoid. 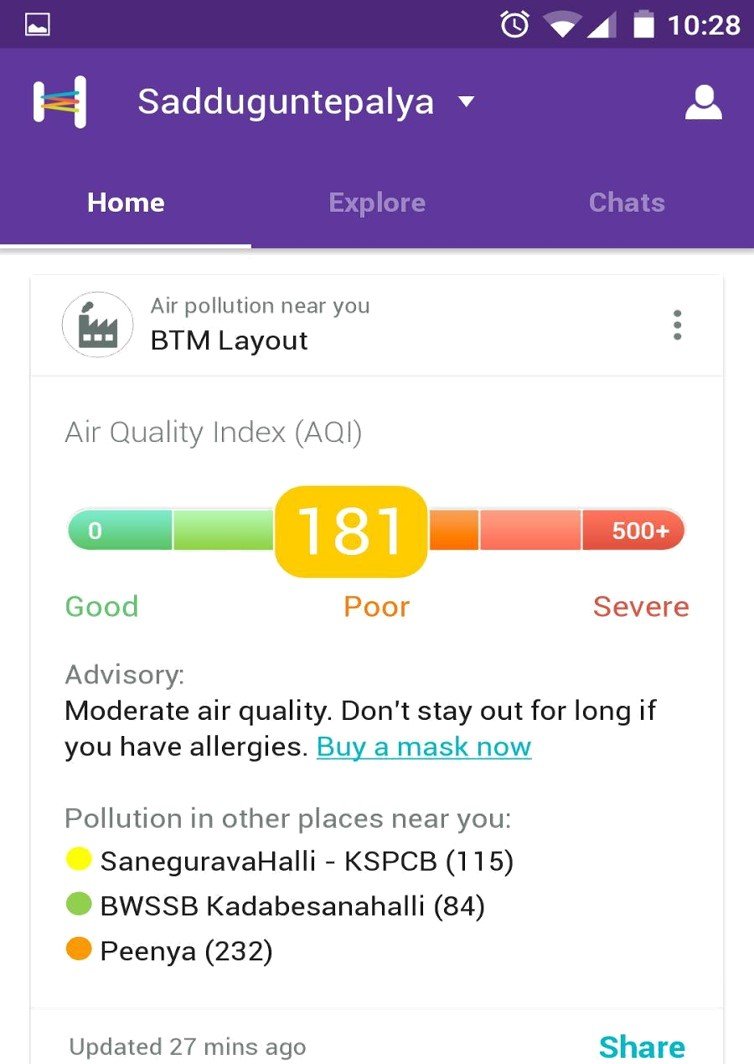 The Central Pollution Control Board (CPCB) shall be the primary source of the AQI information and will be mashed with what is collected from the Secondary sources. Apart from the Air quality data, Helpchat application will also present weather updates on its home screen.

Nevertheless, Shukla says that the success of this application is dependent on the creation of awareness that will closely be followed by the willingness of the users to act. After all pollution has become such a big mess in people’s lives posting a potent threat. He is optimistic that serious users will embrace and encourage others especially when the updates on pollution levels start streaming in.

The app that has already witnessed over 1.5 Million downloads with one of the principal cities being Bengaluru. Besides it is friendly for any user and will also come in handy for the Delhi Government that is tirelessly working towards traffic management that is a core contributor to pollution.

And after all the efforts, what remains is the question of whether the users will embrace this application and if it will serve the intended purposes. After all, it is said that the pollution levels have already reached severe levels, particularly in New Delhi.