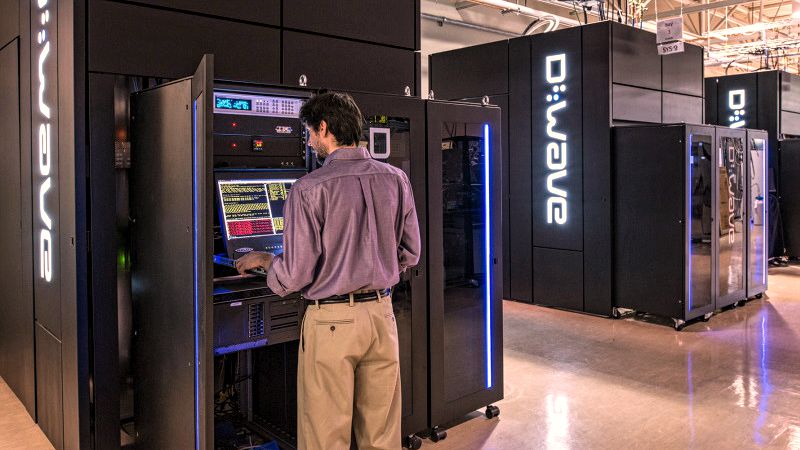 Silicon Valley, U.S. – The search engine giant, Google and NASA engineers showed off a quantum computer that by far exceeds the limits of convention computers. The D-Wave 2X quantum machine that sits at NASA’s Advanced Supercomputing facility in Silicon Valley is so powerful that, for example, the task it performs in a second would take a conventional computer running on a single core 10,000 years to complete.

According to NASA’s head of exploration technology at the Ames Research Center, Rupak Biswas, the agency is aware of hacking threats. In any case, he believes, NASA is a key target for hackers. Perhaps that should suggest that the quantum system the agency and its partners are working on will be hacking proof.

NASA didn’t seem so keen to highlight the security credentials of the D-Wave 2X Quantum Computer when its engineers and those from Google showed off the system to media.

Pressed for specifics about D-Wave 2X security, Biswas disclosed that their experimental quantum system has built-in features aimed at controlling authorized access. He further appeared to suggest that time wasn’t ripe to explain every security detail of the quantum system – only enough and more of its capabilities.

Regarding capabilities, Google-NASA team claims to have developed a quantum computer system that is worth the name. The team tested the D-Wave 2X quantum computer on an optimization problem, and it impressed.

The system was able to solve the problem 100 million times faster than a conventional computer running on a single core.

For an agency such as NASA that has countless complex problems to crunch in the shortest time possible, a quantum computing system is important to its various missions.

However, quantum systems are years out from commercialization, although what the joint team of Google and NASA has developed appears to bring it closer.