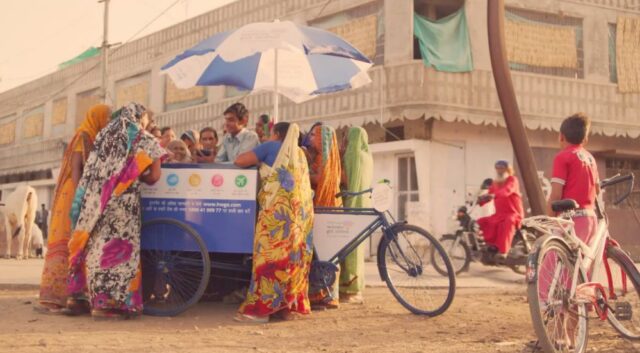 A joint digital literacy program of Google India and Tata Trusts called ‘Internet Saathi’ launched a year back is all set to start in West Bengal. The initiative will target more than one lakh women across 400 villages in Purulia district of the state.

This initiative aims to provide bicycle, mobile, tablet devices and training materials to women, who are a part of this effort so that they can become ‘Internet Saathi‘ or master trainers. They women will further provide training to other women in the village so that they can help the people to get aware of how to use the internet. The Internet Saathi will initially be paid around Rs. 1,000 a month for six months by Google India.

It is not the first of its kind initiative by Google India. Before this, it started a series of Urban initiatives like providing Wi-Fi in railways station and starting a $20,000 start-up fund. But with this program, it aims to target a larger audience. The ‘Internet Saathi’ initiative has rolled out in nine states and every week, more than 500 women are roped into the program.

As per the official statement released by Google India, “With rural India adopting to the world of information and technology, it will surely help us in increasing our internet user base, which will indirectly help us to widen our advertising base.”

Commenting on the launch of the program, Ganesh Neelam, head-innovation of Tata Trusts said, “Bengal is a known area for us, we have the experiences working with rural communities in the state. To make it easier for the ‘saathis’ in Bengal, we have translated the curriculum in their local languages.”

The other objective behind the initiative is that it will help in reducing the gender gap in rural areas by 50 percent and generate awareness about Internet usage among women in rural India.

To take this initiative to a larger audience, Google India and Tata Trust are in talks with some e-commerce players such as Paytm, Amazon, and Snapdeal to extend their services to rural areas so that the internet can reach to the remotest parts of our country.