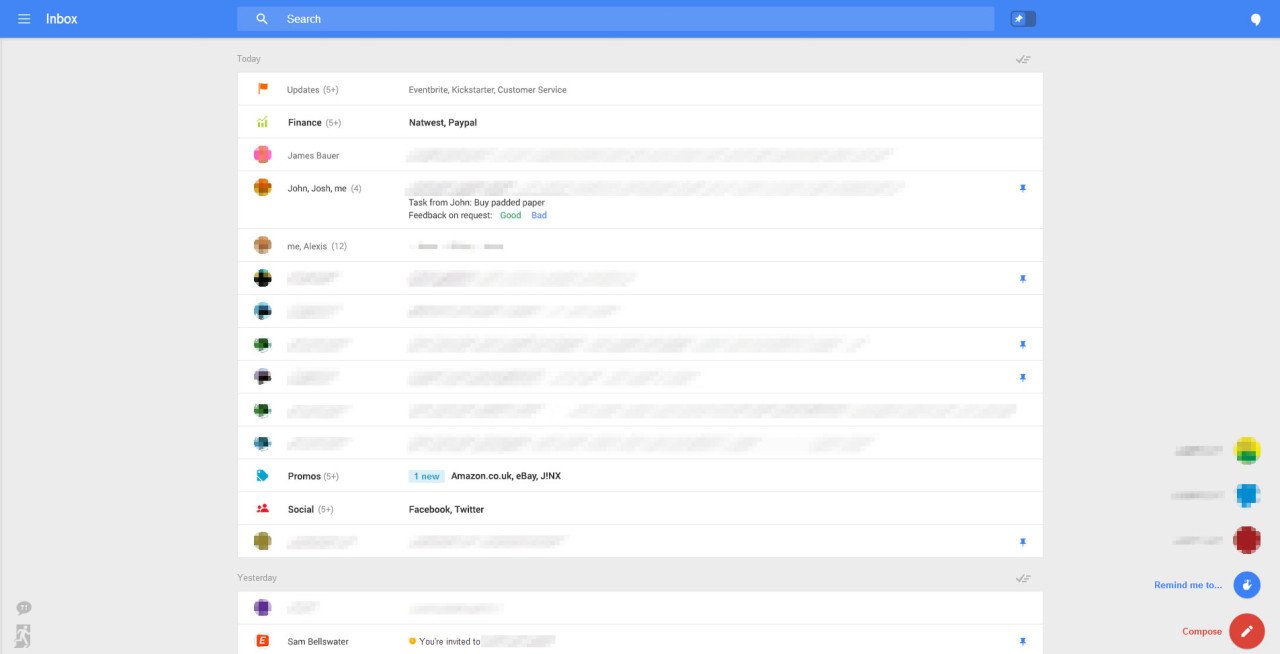 The screenshot hints Gmail now has a collapsible navigation menu on the left and hangouts interface resting in the upper right corner of the display. Other options are available on the bottom right for creating new emails or reminders.

Google aims to integrate all its apps with voice control technology. The collapsible menu hides the many labels to help you go easy on the visual.

Google has never really tweaked a major interface revamp since the current template was launched in 2011 however, the leaked screenshots seem to be generating more heat than light now.

Although user interface has been tweaked dozens of times, users weren’t quite satisfied with the look and the feel of the email client.

Maybe, this is a step from Google for addressing the issue in this direction or the rising popularity of Outlook.com has prompted the company to come up with something new urgently. Because, when it comes to the web GUI, Outlook.com just rules the game.

The company has not put down a definite date as yet. It’s only being internally tested right now. We will update you as soon as we get more information on this topic.

All we can say, Google is not oblivious to the Internet’s hatred of change. Hence, the change is bound to happen, sooner or later.