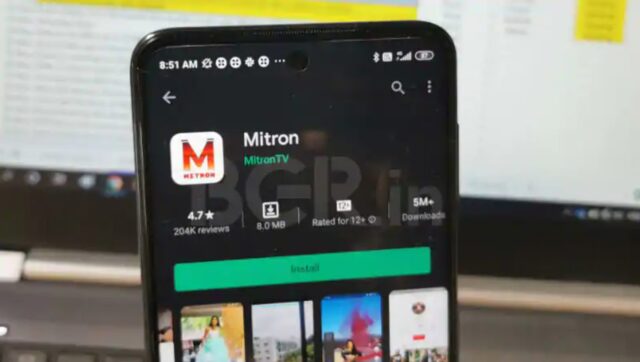 The Mitron app, which till just days ago was being hailed as the indigenous alternative to TikTok has been removed from the Play Store. Google is yet to reveal the reason that led them to take the app down though it is widely speculated that it has much to do with the security concerns with the app. Mitron, too hasn’t offered any response yet.

Meanwhile, as IndianExpress mentioned, cyber security experts have recommended all those who have installed the app on their devices to uninstall the same with immediate effect. While you can continue using the app, that might post serious security issues given the several vulnerabilities that the app comes with. Interestingly, the app had hit the headlines just days ago when it made it past the 5 million download mark and was hailed as a desi alternative to the Chinese app TikTok.

However, as has come to the fore, the app has its origins in a Pakistan based software firm, Qboxus. The current owner of the app, Shibank Agarwal bought the codes from Qboxus and simply rebranded it as the Mitron app before launching it in the country. The ongoing anti-China sentiment prevailing in the country helped Mitron become an instant hit and went for millions of downloads within just weeks.

The real issue though, is with the app’s security policy, which continues to be exactly the same as was coded by the Pakistani firm. Not only did Agarwal not customize the codes, but he also didn’t even bother to update the privacy policy either. The lack of any firewall or additional security layers on top of the base codes only adds to the risk factor.

Among the other issues with the app include the lack of any means to delete your account from the app. The best you can do is uninstall the app itself, which is exactly what security experts have recommended doing at the moment. Even the settings menu seems to be missing as well.

So, with Agarwal, an IIT Roorkee student proving irresponsible in his efforts to offer a true Indian alternative to TikTok, it remains to be seen if someone else can pick up the challenge.