Google Project Tango Smartphones and Tablets: All You Need to Know 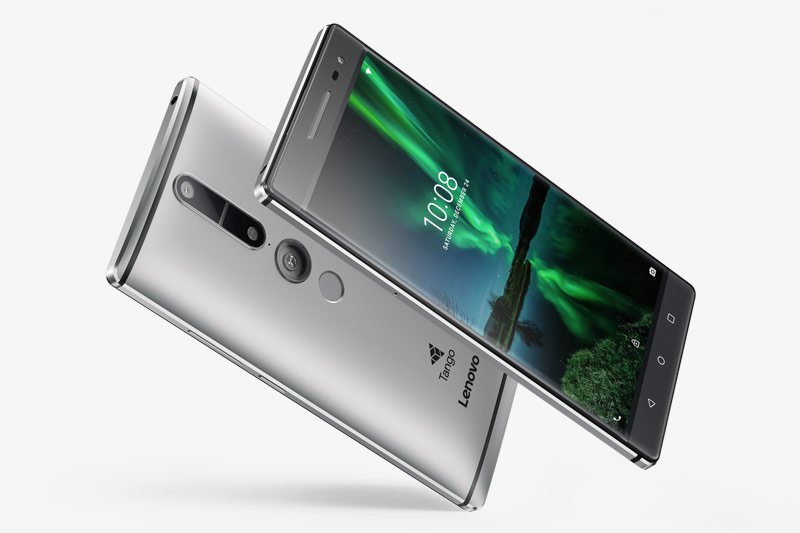 Google declared about its Project Tango in 2014. This project basically uses a combination of dual rear cameras and sensors, which will actually enable a smartphone or tablet to figure out its location in the 3D world. With this project launched, it will become very simple to develop any indoor maps to 3D view and the users will be able to walk around and use the cameras to map out their location.

Google has created two devices to demonstrate this, the Peanut phone and the Yellowstone 7-inch tablet. Qualcomm and Intel have announced about their development of Project Tango reference.

At CES 2016, Google announced its partnership with Lenovo, where they will be releasing a consumer smartphone with Tango technology. Check out the devices which are enabled with Google Tango Technology:

Released in June 2014, the Yellowstone is a 7-inch tablet with full Project Tango functionality and was sold as the Project Tango Tablet Development Kit. The features of this tablet include a 2.3 GHz quad-core Nvidia Tegra K1 processor, 128GB flash memory, fisheye-lens (motion-tracking) camera, integrated depth sensing, 4G LTE connectivity, 1920×1200-pixel touchscreen and a 4MP color camera. This device is available on the official Project Tango website and also on Google Play Store.

This is the first production of Google for a Project Tango device. It was released in the first quarter of 2014. It’s a small Android smartphone with a Qualcomm MSM8974 quad-core processor. It also included an additional special hardware, a fisheye-lens camera for motion tracking, “RGB-IR” camera for color images and infrared depth detection, and Movidius image-processing chips. This peanut phone was tested in NASA post which a high-performance accelerometer and gyroscope were added.

Lenovo announced the development of their first consumer mobile device with Project Tango in collaboration with Google at the Consumer Electronics Show (CES) 2016. This device will be available in summer 2016. It is a smartphone, which is powered by the Qualcomm Snapdragon processor, which turns the screen into a magic window and can overlay digital information and objects onto the real world.

Google, Lenovo, and Qualcomm Technologies are working together to enhance the software and hardware of this device, to ensure that the consumers get the most out of the Project Tango platform.

According to announcements made at CES 2016, Intel has now begun taking pre-orders for its RealSense Smartphone Developer Kit. It’s a 6-inch smartphone that also supports Google’s Project Tango 3D scanning camera technology, and is priced at $399.

The next Nexus smartphone has a 3D camera and is a Google’s Project Tango device line. The LG-made Nexus device which will come with a 3D camera is not cheap. The name of this phone won’t necessarily be “Nexus“, but it might be released on a whole different term.

The mobile phones that we love today can do amazing things, but we have just begun to scratch the surface of what will truly be possible with mobile devices.

It’s now time to improve the functionality and capabilities of a smartphone’s camera. Look ahead the megapixel realm, and since these devices which will give the smartphones the real ability to sense distance.

Google’s Project Tango is one of the great examples of the continuous miniaturization path that technology tends to follow lately. With Project Tango, all mobile devices will see and navigate the world, the way we normally do.