After the Galaxy Note 7 tragedy, Galaxy S7 is the current flagship smartphone from Samsung. Google, for the first time, released a smartphone with its own branding. Google added the best of hardware, processor, a camera that scored 89 on DxO Mark, and the software (Android 7.1 Nougat) which is, for now, exclusive on this smartphone only. But is it worth spending so much on this smartphone? Let’s check out.

The Samsung Galaxy S7 inherited its predecessor’s design with a Gorilla Glass panel on both sides. Now you need to take care of both the sides for fingerprint and smudges. Google is half way there; Google Pixel’s back is covered half with the glass. Google said that the glass panel is helpful for better reception of wireless signals. 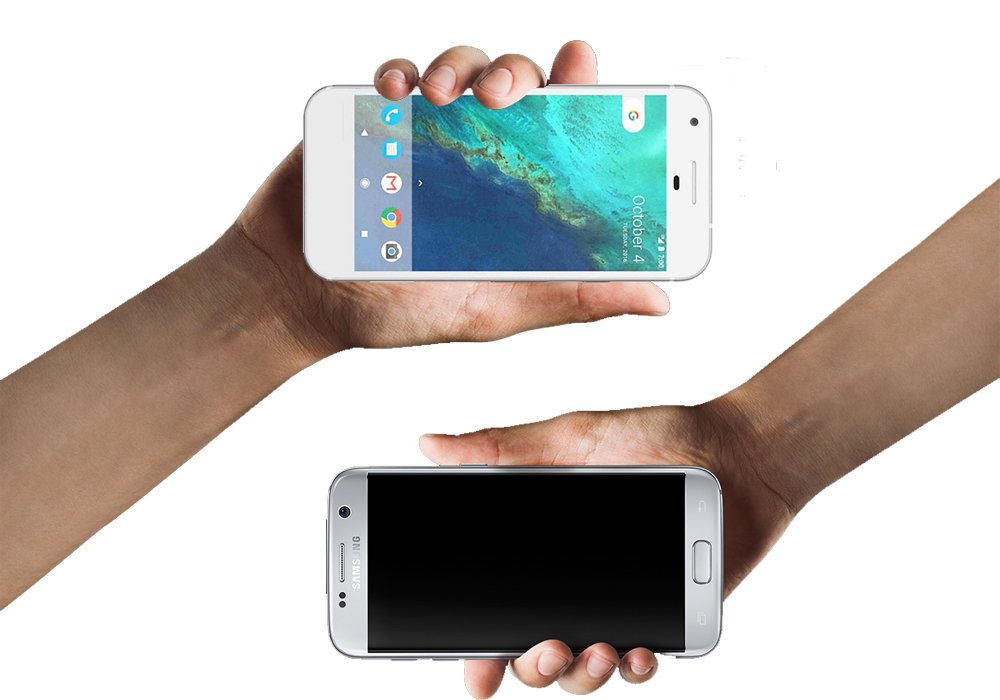 Both the phones come with round edges so both of the devices will give you almost the same fell. Google streamlined the camera module with the phone surface, but Samsung Galaxy S7 comes with a little bump (0.46 mm) at the back, but it’s almost negligible.

Google added the physical buttons, power and volume rocker on the right edge. Navigation bar in Google phones is software so you won’t find any more physical buttons on the phone. Samsung, on the other hand, comes with a home key on the front with a built-in fingerprint scanner and two capacitive touch reactive buttons. The power button is on the right edge, and the volume rocker is on the left side.

These days, smartphone manufacturers are working hard to add the best camera to their smartphones. Now, came the era where high-end smartphones are coming with dual-cameras. No wonder if we will see a smartphone with three or four cameras in the near future. 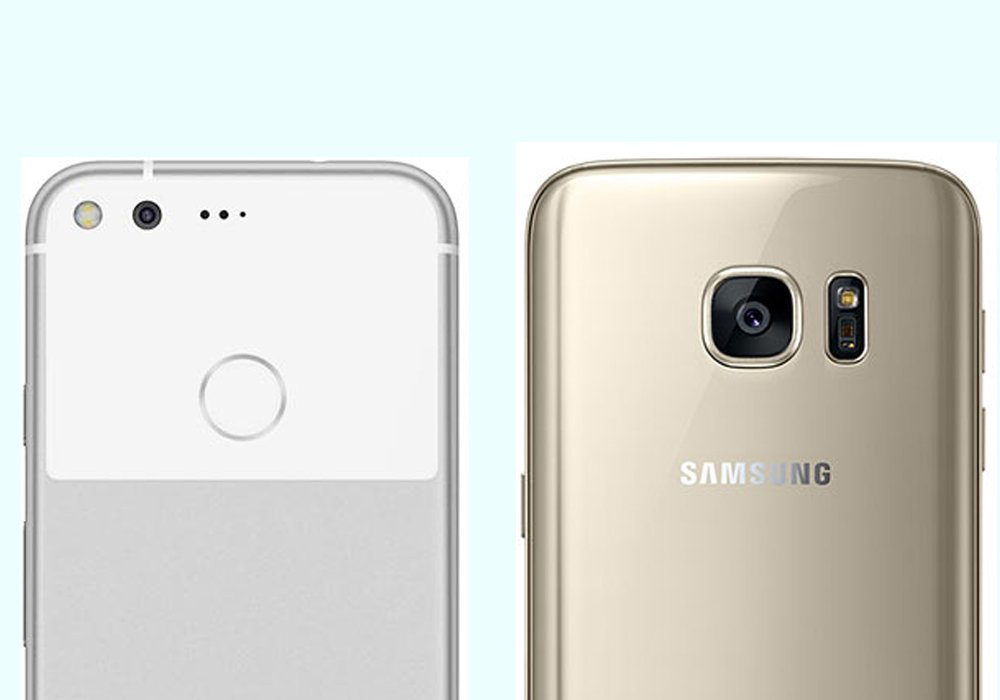 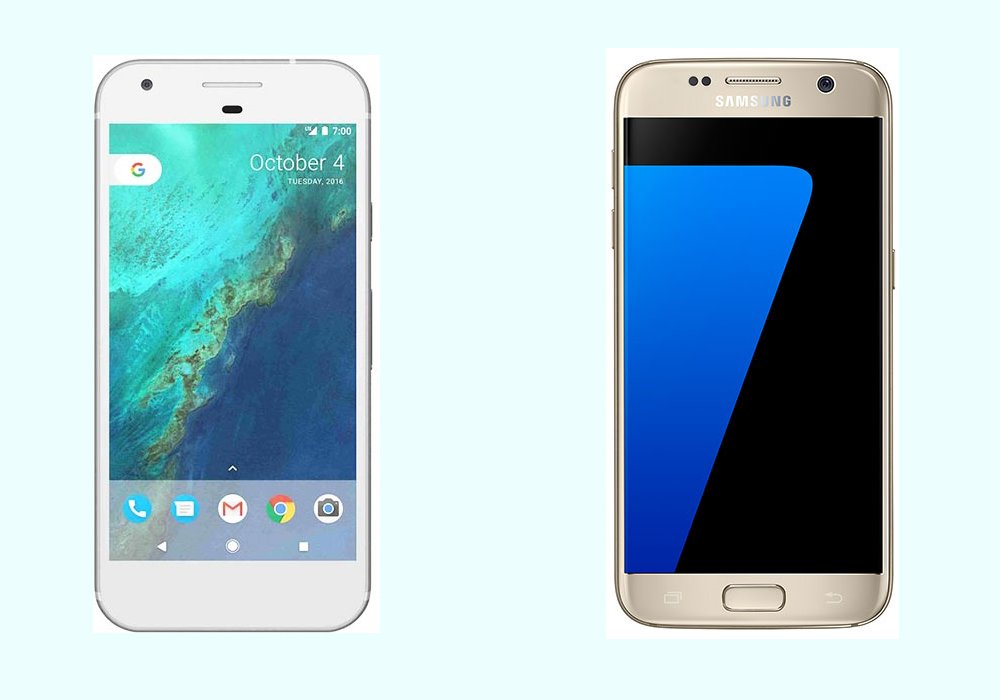 The main USP of Google Pixel smartphone is the Google Assistant which you can access by holding down the home button in the navigation bar. Well, spending so much money on a smartphone with an assistant is not an intelligent move because soon the Google assistant will be on all the smartphones, by hook or by the crook.

I don’t think you should buy smartphones just because it looks like an iPhone, comes with a Google assistant which can be installed to other Android smartphone, and a camera which is not much good than Galaxy S7 (88 and 89). We have put their specs for you to decide which one is good for you.