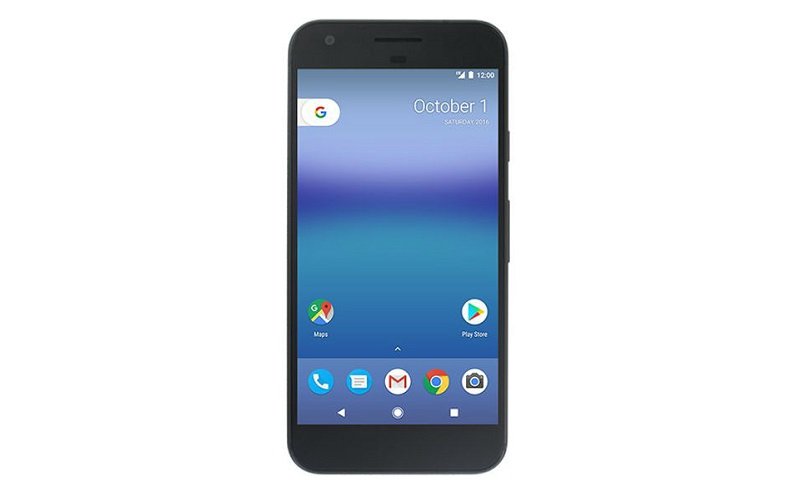 Google is expected to unveil its new Pixel range of smartphones at an event on October 4. The smartphones have been subject to numerous leaks and rumors, and now, a new leak gives us a clear look at the upcoming handset.

The leaked image showing the smaller Pixel sibling comes from none other than the reliable tipster Evan Blass aka @evleaks. And compared to other leaks, this one offers a much better look at the upcoming smartphone. Going by the leaked image, it appears to be a pretty minimalist design with just the right amount of curves. Besides the single leaked image, nothing else has been revealed.

Under the hood, the Google Pixel is rumored to get a Qualcomm Snapdragon 820 processor bundled with 4GB of RAM and 32GB of storage, along with a 2,770 mAh battery. Other specs revealed include a 5-inch full HD display, a 12MP camera, and USB Type-C. And being a Google-branded smartphone, several reports also suggest it’ll run a special version of Android 7.1 Nougat. In addition, the device is expected to cost $649 when it hits store shelves, which is usually the price range reserved for flagships from Samsung and Apple.

We’ll know more about when Google officially unveils these devices at it hardware launch event on October 4. Apart from its Pixel branded phones and 4K-ready Chromecast, Google is also expected to show-off its DayDream VR headset, a Wi-Fi router, along with an Amazon Echo-like device called Google Home.

In addition, Google is also expected announce a 7-inch Huawei mage Android tablet, which will likely be called the Pixel tablet. Even credible tipster Evan Blass aka @evleaks tweeted that Google is indeed prepping a new tablet that’ll be built by Huawei. Could it be a genuine successor to the Nexus 7 (2013), we’ll find out more on October 4. Till then, keep checking this space for more updates.

8 hours ago
There are no comments yet No comments