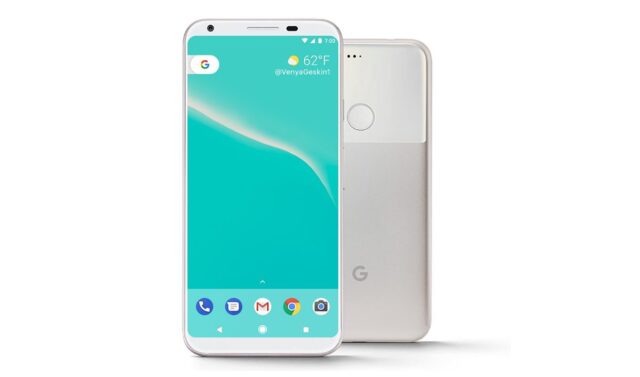 People are still in love with their Pixel smartphones and Google Pixel and Pixel XL 2 are in rumors already. Earlier, Google started taking feedback from the users about what they want to see in the next Pixel smartphone, and some rumors about the design and specs have now already started floating around.

Google isn’t done with these two devices yet, and now the next Pixel series smartphone related rumors started to come out. We all are very excited to see the next generation Google Pixel and Pixel XL 2. So, we gathered all the stories we had seen on the web and see what could we expect from the next generation Pixel smartphones.

The rumors and a concept are suggesting a radical design for next generation Pixel smartphone. The concept pictures suggest a display with rounded corners like in LG G6, the top, and bottom bezels are slimmer. The back of the phone is same as the current Pixel smartphone with half glass panel back and fingerprint sensor on it.

What I like about Pixel and Pixel XL is the simple and barebone design, Google created a design which looks pretty similar to “an Apple iPhone 7 with rear mounted home button.” Google should keep this design and make it a signature design of the Pixel smartphones. I think Google is trying to do the same and we will see the same design (with a smaller bezel above and below the display) in Google Pixel and Pixel XL 2 smartphones.

The next generation Google Pixel and Pixel XL 2 smartphone will feature the latest Android O, Google should keep the Pixel launcher similar as before with few tweaks and performance improvements. This will become the signature user interface for Pixel smartphones. The only thing which everyone is looking for in next generation Pixel is an affordable version so everyone can buy one for them. The lowest variant of Pixel smartphone should come with a price tag of Rs. 45,000 and the top notch Pixel XL 2 should not go beyond the price tag of Rs. 75,000.

Google will definitely use the best hardware available; we might see a Qualcomm Snapdragon 835 processor and 6 GB RAM. The storage should rise to 256 GB for the premium version and a lower stage variant should come with a micro SD card slot. We would also love to see a dedicated physical button for Google Assistant. Also, Google should revamp the Google Assistant interface and make it more like Siri and Cortana.

With Pixel smartphone, Google officially stepped into the smartphone market and gave a robust competition to the brands dominating this market like Samsung and Apple. We would like to see this smartphone release near the release of iPhone 8 and Galaxy Note 8 to again create a competition amongst the best of the best.