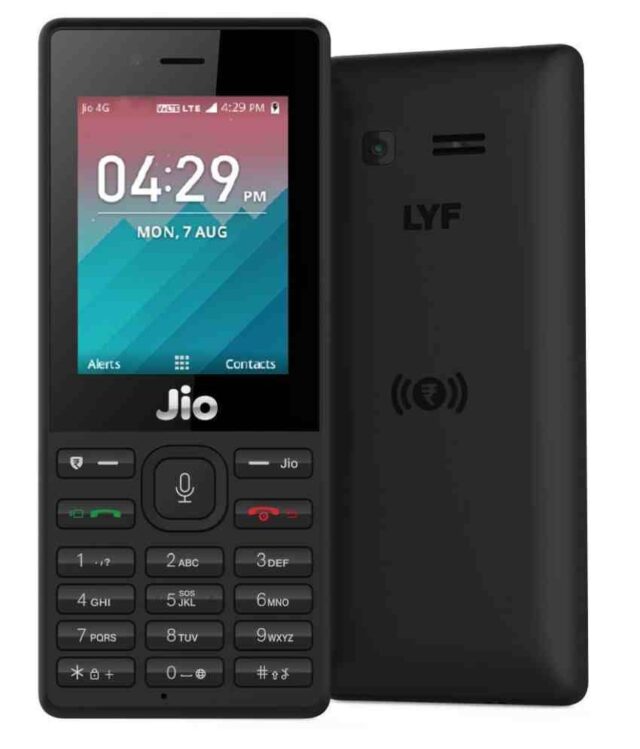 One of the Most popular ‘Smart Feature’ Jio Phone, Launched a Year back since then it is a feature enriched phone and its a surprise for many people who thought that a feature phone cannot be smart where the JIO Phone proved all the People that you can do everything in a Feature Phone. During these months the Phone has got various OTA updates and even got the Google Assistant and Facebook in an Update.

The Jio Phone is powered by KaiOS and is backed by Google with whopping 22 million Dollar as an investment so it would not be a surprise to hear that the company would be integrating many of the  Google Services soon to the Platform. Even during the launch of Jio Phone 2, the RIL chairman also announced that soon Whatsapp, Youtube will be coming to these Feature Phones – Jio Phone 1, 2 respectively.

Well now the Jio Phone users might not need to worry for using maps only in their Smartphone as in a recent OTA update(2018.628.2) of Jio Phone, Now a user can easily download Google Maps from the Jio Store. To Avail the update and the App, Please follow the Following Instructions:

2)Install the Update (Note: Keep the Phone minimum 30% before installing the Update)

4)Install the Google Maps visible on the Home Page.

Apart from considering the Jio Phone a Feature Phone it packs up 2.4inch QVGA Display, 512MB RAM, 4GB Internal Storage, 2000mAH Battery and with a bunch of sensors like – 4G Volte, GPS, NFC, Bluetooth and more. Considering this, the Maps work like charm it features loads of things within a small size of APP.

What do you get with Google Maps for Jio Phone?

A Two Wheeler Mode, Bus or Train mode and even a Driving mode. Even you can get the directions from one place to another with the routes so that it becomes easier for the user and navigate themselves to the places. Even users can get edit the Start point and the destination point in the App, just don’t get disappointed as it doesn’t feature the Voice Assistance for the Navigation.