Google and Facebook have reportedly taken measures to tackle sites distributing fake news on the internet. Multiple reports claim that both companies have updated their policies to prevent fake news sites that use their advertising networks.

Sites distributing fake news became increasingly popular on social networks during the the recent U.S elections. Google has now updated its AdSense program policies to ban sites that spread outright misleading information. The company said that it’ll try to curb websites that present misleading or inaccurate information, and will be banned from using Google AdSense who fail to comply its policies.

Meanwhile, Facebook has updated its policy on Audience Network to tackle fake news sites on its platform.

“In accordance with the Audience Network Policy, we do not integrate or display ads in apps or sites containing content that is illegal, misleading or deceptive, which includes fake news,” Facebook said in a statement.

Facebook CEO Mark Zuckerberg said that it’s not an easy task to  identify the ‘truth’, and at times even content from popular publications at times miss out on details, or express a view that may not be largely accepted. 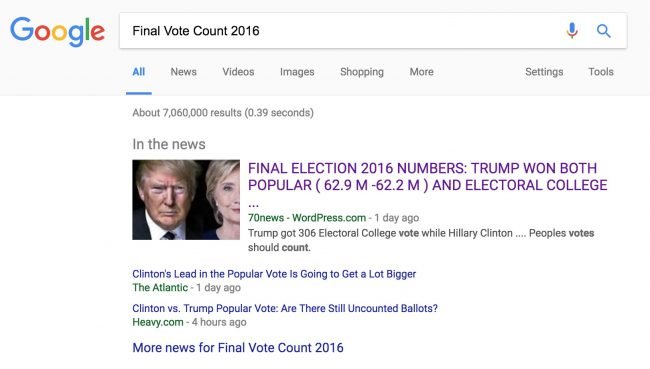 That said, industry experts also suggest that if internet companies get to decide what’s fake, and what’s not, it could give them more control and power over the way information is distributed on the web.