Google has launched a new app for older Android enabled phones called Android for Work. The app is targeted for the concept of BYOD (Bring Your Own Device) where users bring their own devices to their work environment. In order to keep the business data segregated from the personal data, this app can act as MDM (Mobile Device Management).

Google wanted to tap the Enterprise market of the Mobile Phone where the majority market is controlled by Apple & Blackberry. Android for Work is the right step towards that goal. Android for Work brings the MDM features to devices running on Android Ice Cream Sandwich.

The latest Android 5.0 already have user profiling feature that can segregate the data. Google has helped by Korean company Knox in a development of the Android for Work. Knox also developed similar features for Samsung Phones. 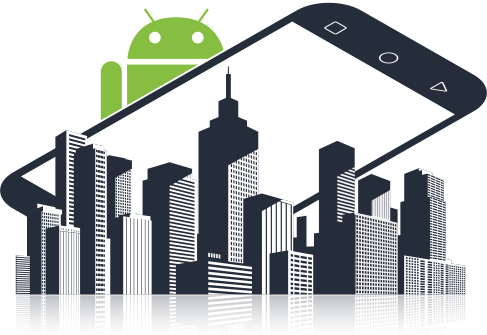 Android for Work has a profile feature that can keep the work data separate from the personal space in mobile. Google is also offering separate App Store for businesses from where users can download Business Apps.

Android for Work will resonate well with IT and security departments within a company who would want to keep a tab on data or identity theft & misuse due to BYOD.

Android for work eases the IT Administrator and user by providing four ways of ease in working: