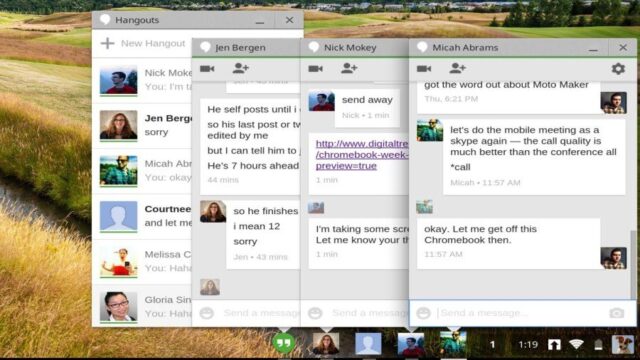 Till recently, the possibility of merging Android and Chrome OS was only part of a rumor. However, the rumor converted to most likely reality after a cryptic tweet from Google’s Hiroshi Lockheimer.

We announced the 1st version of Android 8 years ago today. I have a feeling 8 years from now we'll be talking about Oct 4, 2016.

Moreover, a new rumor states that Google may tease the merged software at their forthcoming event on October 4.

Merged Android and Chrome to be called as Andromeda

According to sources, the codename for the upcoming software is called as Andromeda internally among Google employees. The launch of Android platform was really a big deal for Google. Since the Android turned eight years old recently, it looks like Google may have something big on the store.

8 epic years. Naturally, we're celebrating with some of our favorite treats. #Android pic.twitter.com/t2GPZWSCJj

According to industry analysts, the tweet was potentially believed to be hype for the upcoming Pixel devices. If Google indeed announces about Andromeda platform, it would be a big thing for the search engine giant. The company has achieved a lot since the launch of Android eight years down the road.

From the old crappy stock Android handsets, we now have smartphones with their own user interfaces on top of Android like MIUI (Xiaomi) and eUI (LeEco).

Even though the possibility of Google showcasing Andromeda on October 4 is bleak, the company would mention it during the launch event. According to sources, Google will mention the arrival of Andromeda indirectly without revealing the complete details.

Google has something big other than Pixel devices

That being said, Google is having something in store to reveal for October 4. We can confirm the arrival of Google Pixel and Pixel XL. There is a possibility for the company to mention about few software upgrades.

Merged software to bring mobile and laptop segment into one entity

If Chrome OS and Android software are merged into one, it would enable the search engine giant to bring together the mobile and laptop computing worlds. Moreover, it will offer something to consumers that would have the best parts of both platforms.

Even if Google doesn’t showcase Andromeda visually on October 4, it’s almost sure that the event will be massive. With various pieces of hardware expected to be announced or launched, it would be a great event if the company announced a new stuff of software. We expect Google to throw open Andromeda preview to beta testers.