PC-Tablet
Ads
Home Gaming Goa is all set to reopen its gaming industry in full swing... 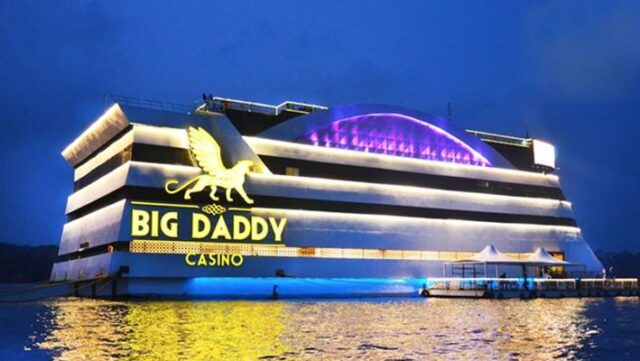 Shri Manohar Ajgaonkar, Goa’s Deputy Chief Minister and Minister of Tourism, Sports, Printing, and Stationery, recently appealed to higher powers and asked God to unleash His vengeance and relieve the state’s tourism industry from the Covid-19 menace for good.

“We are urging God to finish corona once and for all and tourism, on which Goa depends, can restart. We are in full readiness,” Ajgaonkar told reporters at the beginning of August and added that it was in the hands of Goa’s Chief Minister Pramod Sawant to allow casinos in the state to restart operations.

The small coastal state of Goa was not spared when the second wave of the Covid-19 pandemic hit the nation this spring. The crest of the wave swept through the state in the second half of April and the first half of May, with peak levels reaching and sometimes exceeding 4,000 new cases per day.

By June 1, the daily number of fresh infections had dropped below the one thousand marks, and in July and August, newly-found cases per day stayed below 300, rarely dropping under one hundred. Still, considering the small population of Goa estimated at 1.8 million, the statistics are alarming enough for the state authorities as the death toll is approaching 3,200.

“Who does not want tourism to restart? But look at the current situation. Covid is still not over. We want to start, but what can we do? We are still reporting numbers. There is a fear. We will go as per SOP,” the state’s Minister of Tourism said.

“We do not want to play with the lives of Goans. We want tourism to start because everything depends on tourism. 50 percent of people depend on tourism. Shacks, hoteliers, taxi and rickshaw operators,” he added.

Currently, visitors to the state need to show a Covid negative RT-PCR report or a full two-round vaccination certificate to be allowed entry to Goa. Casinos are still not open, after they were ordered to close operations on May 9 together with a number of other businesses.

The Origins of Goa Tourism Industry had a Dark Side

Six decades ago, the world’s hippie community discovered Goa and placed the tiny beach state on the map of global tourism. Gradually, tourists from western countries, Israel, Russia, and other nations started to settle in and some of them established their own businesses.

Many lived off the social welfare systems of their home countries, many opened a beachside food shack or some similar small enterprise, and many got involved (or brought it with themselves) in the full-scale drug trade that soon infested the beaches, hotels, and beach rave parties in Goa.

Cases of sex-related crimes, including gang rapes, murder, and even a whole pedophile network, became an integral part of local news. The construction mafia felt invited and turned the coastline areas into a goldmine for property consultants with land prices tripling over the course of a couple of years.

Things started changing after the 1990s and early 2000s, when Goa started granting casino licenses to operators and the new sector gradually turned into the driving force of the state’s whole tourism industry.

The initial steps were taken in 1992 when the state’s Legislative Assembly passed an amendment to The Goa Public Gaming Bill (1976) and provided for the existence of casinos with electronic entertainment (slot) machines in five-star hotels. A bit later, in 1996, the regime was further liberalized with the permission of table games with human dealers on the board of cruise vessels while being offshore.

Answering a question by MLA Luizinho Faleiro from the National Congress of India at the beginning of this year, Goa’s Chief Minister announced that the casino industry operating in the state had made a total contribution of ₹ 1277.29 crores in revenues for the nine years between 2012 and January 20, 2021. The figure included ₹ 785,52,97,280 from offshore casinos and ₹ 491,76,56,198 from land-based casino establishments.

The industry of legal casino enterprises, both offshore and onshore, has been focusing efforts to move away from the image of the ‘gambling den’ into a more inclusive, fully integrated and family-friendly entertainment. Special attention has been given to visitors’ children: casinos now have ‘kids’ zones’, crèches, bunk-beds, carb- and sugar-heavy meals, all-day babysitting services, Playstations, toys, dolls, and everything is on the house.

At the same time, ‘entertainment’ does not mean just gambling: musicians, illusionists, stand-up comedians, and dancers are doing their part for the guests. Before the Covid-19 pandemic hit India, the state enjoyed nearly eight lakh tourists annually, the majority of them coming from the casinos.

Despite the about a dozen onshore land-based and the six offshore vessel-based legal casinos in Goa, and the abundant state lottery schemes, illegal gambling and betting are still recurring in large numbers in the coastal state. One eighth or 12.5 percent of Goa’s adult male population participated in Matka draws at least once per month and up to three times every week in 2019.

The global pandemic brought changes to illegal gambling as to almost every other business and a vast number of Matka bookies moved on to organizing online gambling dens equipped with computers and internet connections.

Goa’s legislation does not treat online gambling and playing online roulette or blackjack alone on one’s own smartphone or computer on sites such as PureWin is perfectly safe and legal. At the same time, organizing gaming houses, regardless of whether it is for offline or online games, without the proper license to do so, or being found gambling in such a den, is a punishable crime against Sections 3 and 4 of the Goa Public Gambling Act.