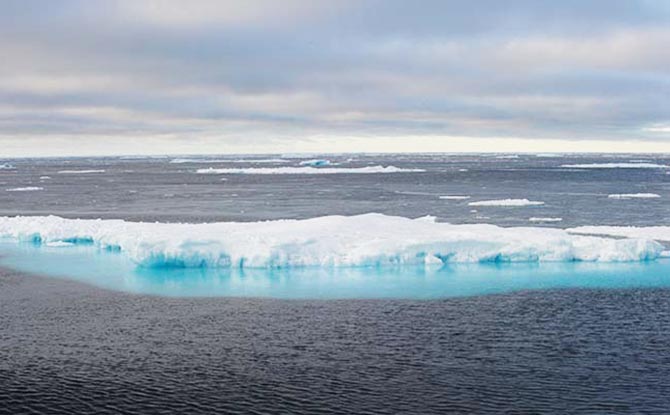 A terrifying new research has discovered that global warming could stop the tiny phytoplankton from carrying out the process of photosynthesis that will result in a fall in oxygen levels necessary to sustain life on planet Earth.

NASA is even keeping an eye on the asteroids that could cause apocalypse if it hits our planet. However, if Global Warming continues at the same pace as of now, we could be extinct much before any asteroid hits us.

The planet’s life-sustaining Oxygen can dramatically fall due to the change in ocean temperatures of even a few degrees. This could result in mass mortality of animals and humans warn scientists.

Even a trivial increase of 6 degrees that scientists are predicting will happen by 2100 could lead to a halt in oxygen production by phytoplankton by disrupting the process of photosynthesis.

Phytoplankton is microscopic organisms that belong to the algae family and are widespread from oceans to bodies of fresh water. The contain chlorophyll and hence can make their food by the process of photosynthesis that uses the carbon dioxide from the atmosphere and release oxygen as a byproduct.

Two-thirds of the planet’s oxygen comes from this phytoplankton. However, these organisms are very sensitive to temperature changes. We are talking of a rise in ocean temperatures of 5 to 6 degrees by 2100.

Cessation of oxygen production by these tiny organisms will deplete the world oxygen level at an unprecedented level. This can precipitate mass mortality of animals and humans both according to lead researcher Sergei Petrovskii, a professor with the University of Leicester in England.