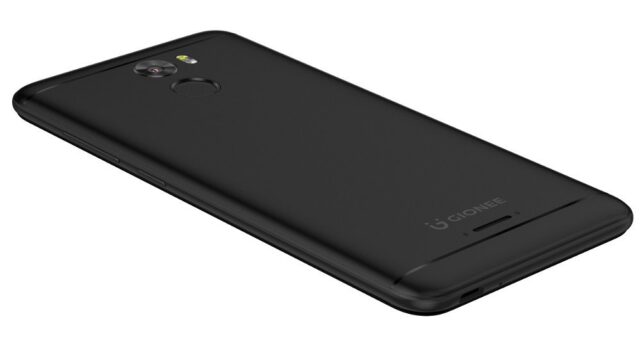 The Chinese smartphone maker Gionee has launched the new entry-level smartphone Gionee X1 in India today. This X series is the new lineup of phones which introduced by Gionee. The smartphone is priced at INR 8,999, and it comes in two-color variants of Black and Gold.

The Gionee X1 is packed with 5-inches HD display and is powered by the 1.3GHz quad-core MediaTek 64-bit chipset coupled with Mali-T720 GPU and 2GB of RAM. The phone is also equipped with the 16GB of internal storage which is further expandable up to 256GB via microSD card. This Dual SIM smartphone runs on Android 7.0 (Nougat) with Amigo 4.0 UI on the top. Moreover, the smartphone is fuelled by a 3000mAh of Li-ion battery.

On the camera front, the device features an 8MP rear camera with LED Flash and an 8MP front camera. The connectivity options include 4G VoLTE, WiFi 802.11 b/g/n, Bluetooth 4.2, GPS, and 3.5mm headphone jack. The phone comes packed with an exclusive feature which allows users to snap selfie from the fingerprint sensor which is situated on the back of the device.

Nonetheless, the Gionee has partnered with the telecom giant Airtel to provide customers additional 10 GB data with 6 months of validity. This offers can be avail by the users if they activate any data recharge of 1GB and above. Gionee also partnered with Paytm to provide the consumers two cash back voucher of Rs.250

We are delighted to introduce the all new X1 which will surely be a delight for the users. We are confident that the new line of products which we plan to launch soon will not only impress our customers in terms of the prices but also with their striking features and premium quality