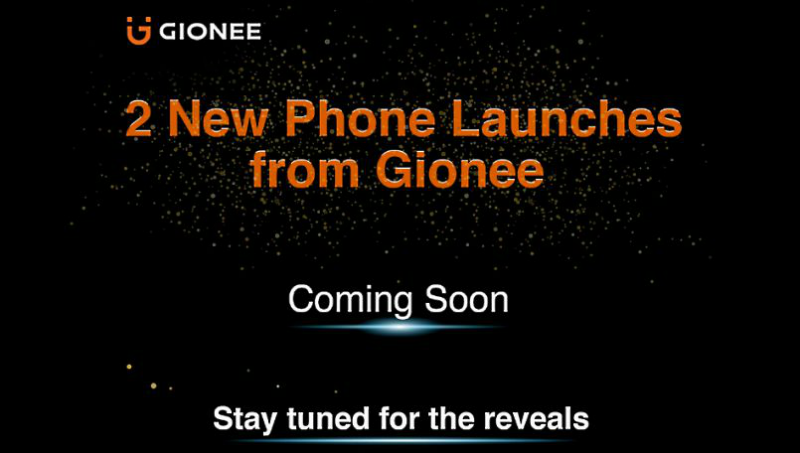 After being shut for over seven months, the Chinese smartphone maker Gionee is now planning for a come-back in the Indian market. The company has now teased two of its upcoming smartphones which go on sale exclusively via e-commerce platform Flipkart.

The recent reports suggested that Gionee is running on the edge of bankruptcy; also, its chairman has lost over $144 million to gambling in a casino. And hence the company may shut its business soon. But the fact that it is still alive and is planning to launch new phones in the country hints at the survival, at least in India.

The teaser on Flipkart doesn’t reveal much about the upcoming Gionee smartphones; even the launch date is yet to be known. Instead, it says that both of the Flipkart exclusive smartphones will sport a beautiful design, coupled with a full-view display. The posters also focus on great cameras, high performance and excellent battery life. Looking at the claims, it seems like the company is planning to offer an all-rounder phone that’ll excel in all areas.

Furthermore, the “budget deal” tag indicates that the devices won’t be expensive. Moreover, the partial design outline present on the teaser reveals a horizontally stacked dual camera setup at the back. Additionally, the rear will also feature a fingerprint scanner.

The last smartphones launched by the company were the Gionee S11 Lite and F205 that arrived back in August this year. Let’s wait for the company to reveal more about its upcoming new phones. Till then, stay tuned.