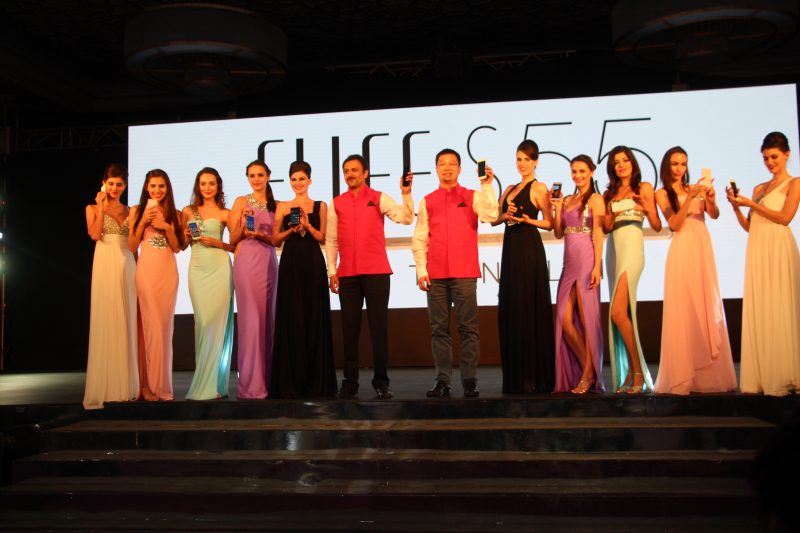 Gionee, the leading global designer and manufacturer of mobile devices today launched the ELIFE S5.5, known as the world’s slimmest smartphone in India. The launch ceremony took place at Hotel Grand Hyatt, Goa. Gionee’s ELIFE S5.5 will be available in the market by mid April 2014.

The Gionee ELIFE S5.5 sports a 5-inch Full HD Super AMOLED plus screen. The smartphone is powered by a 1.7GHz Octa-core processor. At the back, it has got a 13 megapixel camera and the world’s first 95 degree ultra-wide angle 5 megapixel front camera. Talking about the 95 degree wide angle front camera, it has become a good news for the selfie lovers. It has a 2300 mAh capacity battery equipped inside, which can further be upgraded to 2450 mAh.

Speaking at the launch, Arvind.R.Vohra, India Head – Gionee Smartphones had this to say:

“Gionee has witnessed rapid increase in popularity within a year of operations in India and experienced an unprecedented success with the ELIFE series. The new ELIFE S series brings to the consumer an element of style, design and substance.”

“Smartphones are treated both as electronics and pie of art by consumers worldwide and that’s why we adapted a new approach with a focus in design. Smartphone is something that we carry on a daily basis, they are like a part of the human body, and there is zero distance between a user and their smartphones.”

Talking about its interface and software level part, Gionee’s very own AMIGO OS, which is based on Google’s Android has also been customized specifically to work smoothly on ELIFE S5.5. Similar to ELIFE E7, it contains two shooting modes – professional and normal settitngs in the camera software. There’s also a “Charm Camera” to offer users features like auto make-up mode, footprint mode, and meeting memo mode.

Available in Black, White, Blue, Pink, and Purple, Gionee ELIFE S 5.5 will have a price tag of Rs. 22,999. Stay tuned with us for much more updates on this.