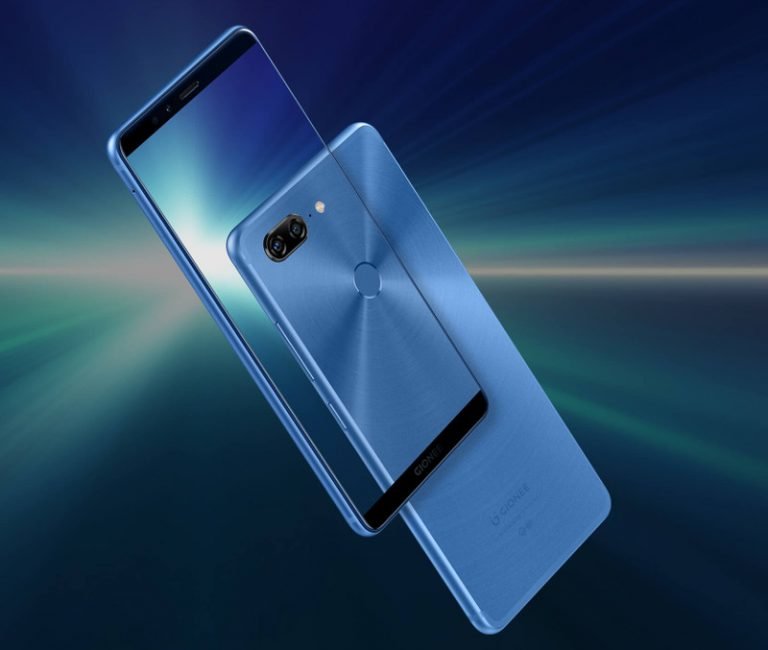 The Chinese brand Gionee has finally unveiled its mid-range smartphones M7 and M7 Power in China today. The company is also looking forward to launching the bigger battery variant of Gionee M7,  M7 Power smartphone in Thailand later this week. The Gionee M7 is also equipped with built-in security encryption chip for safe mobile payments and has recently passed the EAL6 security test. The Gionee M7 duos are packed a rear-mounted fingerprint sensor and comes with Hybrid Dual SIM capabilities.

The Gionee M7 smartphone boasts 6.01 inches FHD+ AMOLED panel which comes with an 18:9 aspect ratio and 2.5D curved glass. The smartphone is powered by a 2.3GHz Octa-Core MediaTek Helio P30 SoC paired with ARM Mali-G71 MP2 GPU and 6GB LPDDR4 RAM. The phone also adheres a 64GB of internal storage which is expandable up to 256GB with a microSD card.

This Hybrid Dual SIM smartphone runs on Android 7.1.1 (Nougat) OS with Amigo OS 5.0 on the top. A 4000mAh Li-ion battery backs the Gionee M7 smartphone, and it comes with a fast charging capability. On the optics front, the smartphone is packed with a rear dual camera setup, i.e., 16MP+8MP. While on the front, there is an 8MP shooter which offers clear and detail selfies in all lighting conditions.

The Gionee M7 Power sports 6 inches HD+ Full View panel which comes with 2.5D curved glass and 18:9 aspect ratio. Under the hood, the smartphone is packed with a 1.4GHz Octa-Core Snapdragon 435 Chipset paired with Adreno 505 GPU and 4GB RAM. The Gionee M7 Power rocks with 64GB ROM which is expandable up to 256GB via microSD card.

The Gionee M7 Power smartphone runs on Android 7.1.1 (Nougat) with Amigo OS 5.0 on the top. The smartphone comes with Hybrid Dual SIM capabilities and its fuelled by 5000mAh battery that supports fast charging as well. Regarding optics, the Gionee M7 Power is equipped with a 13MP rear camera supported by LED flash, f/2.0 aperture, and PDAF. Whereas up front, there is an 8MP selfie snapper.

The Gionee M7 will be available in five color variants, i.e., Sapphire Blue, Star Blue, Maple Red, Champagne Gold and Black. The smartphone comes with a price tag of RMB 2799 ( Rs. 27485 approx.), and it will go on sale from tomorrow, September 26th.

Nonetheless, The Gionee M7 Power comes three color variants, i.e., Blue, Black, and Gold. The smartphone is priced at RMB 1999 (Rs. 19620 approx.) and will be available in China from September 30th.